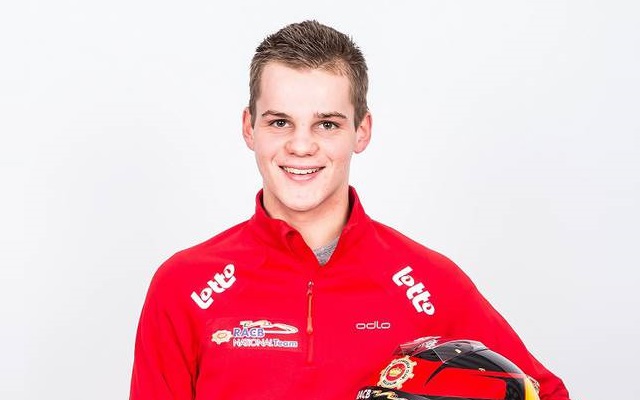 Belgian prospect Dries Vanthoor has secured a move up to Formula Renault 2.0 NEC for this season with Josef Kaufmann Racing.

Vanthoor had won a place on the Belgian federation RACB’s National Team for this year – following in the footsteps of GP2 star Stoffel Vandoorne – and had secured a seat in Formula Renault 1.6 NEC.

However, the series is now believed to have been cancelled, and the Provily Racing team that Vanthoor was due to race for has announced a switch to ADAC F4 in Germany.

With backing also coming from the local arm of Renault, Vanthoor will instead make his single-seater debut in FR2.0 NEC for Josef Kaufmann Racing.

It was with the German team that Vandoorne won the Eurocup Formula Renault 2.0 title in 2012.

“In a few days we have successfully integrated Dries in Formula Renault 2.0 NEC, a change made possible by the support of our loyal partners including Renault Belgium-Luxembourg,” said the RACB’s Geoffroy Theunis.

“We recognise that beginning in single-seaters at this level is a major challenge. Dries will have a good year to learn.”

Vanthoor, the younger brother of Audi GT ace Laurens, will be on track in the Eurocup FR2.0 test at Motorland Aragon later this week before joining the NEC field at Hockenheim and Assen.

“For my part, I am ready to face this challenge,” he said. “I took advantage of the winter to refine my physical condition. I look forward to getting behind the wheel.”