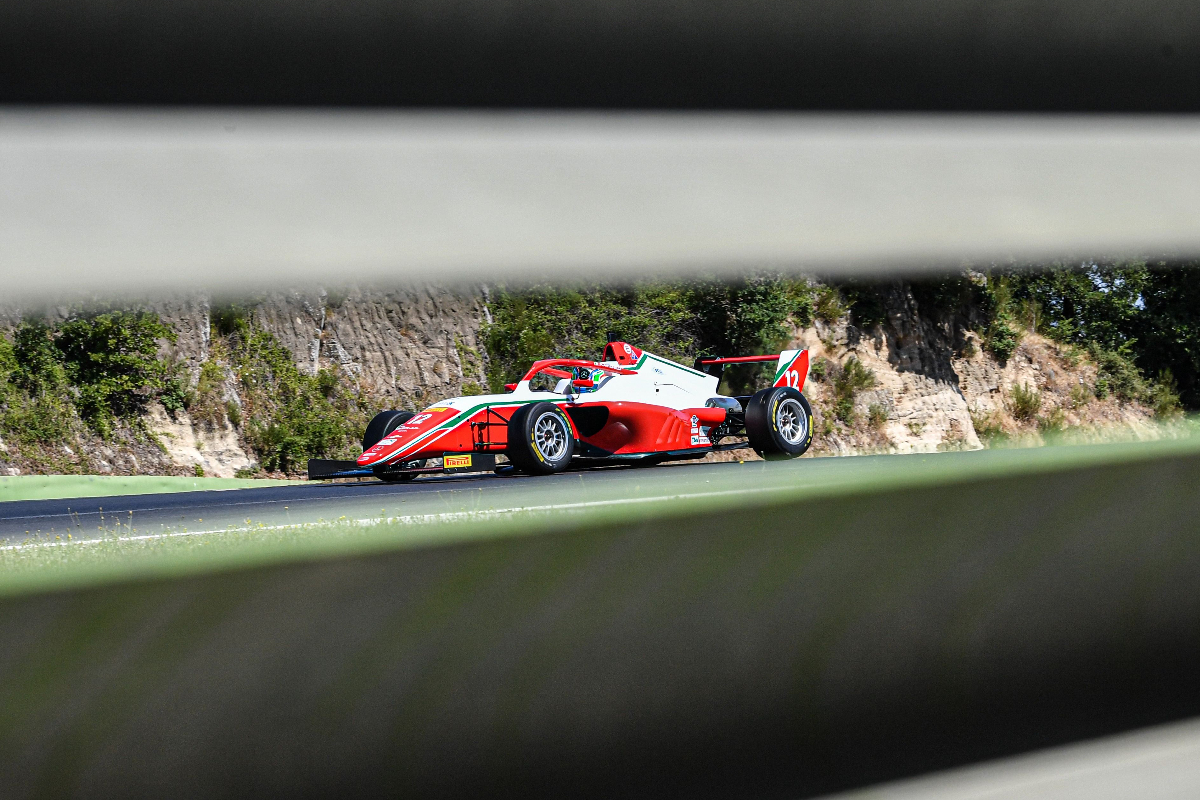 Andrea Kimi Antonelli has moved to the head of the Italian Formula 4 points table for the first time by winning race one of the weekend at Vallelunga.

The Prema driver started from pole and made a great start, while team-mates Rafael Camara and Charlie Wurz were slow off the line. Camara was able to keep his second place, while Wurz plummeted from third to 17th and the fourth Prema.

Both drivers had the pace to recover, and Camara set fastest lap as he chased Antonelli early on. However the leader had more than enough in hand to respond with and he started to grow his lead again until the safety car was called out when Cram Motorsport’s Georgios Markogiannis got beached in the gravel.

Antonelli had a lead of 1.6 seconds before the interruption, and in the five laps after he ran away again to win by 2.184s.

Camara and Wharton finished second and third, while Alex Dunne passed his US Racing team-mates after a slow start to come fourth and he even briefly challenged Wharton for position.

PHM Racing’s Taylor Barnard had similar progress, making a few lunging moves and even having a brief trip in the gravel on his way to fifth. Marcus Amand and Kacper Sztuka were sixth and seventh for US, while the battle for eighth raged between Van Amersfoort Racing’s Martinius Stenshorne and Prema duo Conrad Laursen and Wurz.

Stenshorne had the advantage prior to the safety car period, but Laursen passed him the lap after racing resumed and Wurz followed him through. There was just one point for VAR therefore with Stenshorne’s 10th place, while PHM’s Nikita Bedrin made some diving moved late on to finish 11th.

Andrea Frassineti was one of four drivers to finish off the lead lap as he lost his frong wing early on.