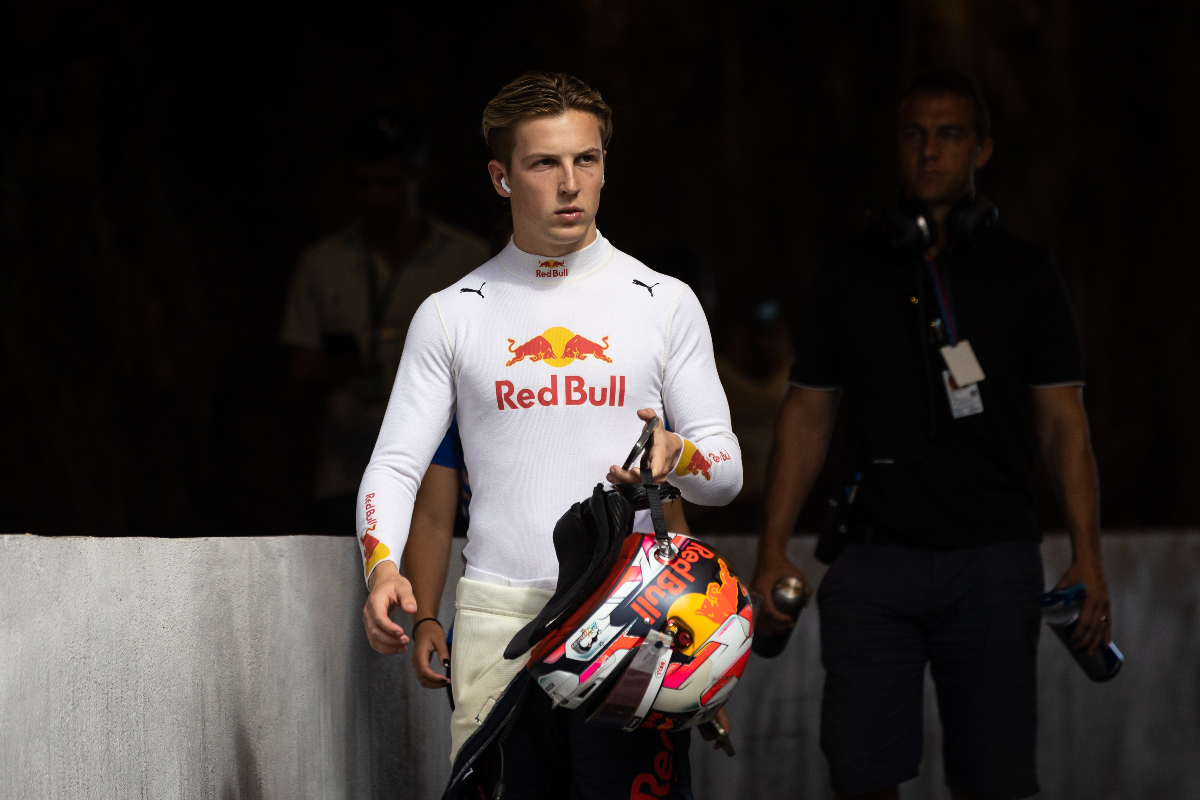 Liam Lawson has been promoted to the position of Red Bull Racing’s Formula 1 reserve driver with immediate effect, following Juri Vips’ dismissal from the team.

Vips had served as reserve driver from November 2020 up to earlier this week when his contract was terminated following an investigation into his use of a racial slur on a video game stream with Lawson that was broadcast on to the internet.

Lawson has been one of Red Bull’s simulator drivers since he debuted in Formula 2 last year and he became a test driver of AlphaTauri, Red Bull’s second team in F1, at the end of 2021.

“Jehan [Daruvala] is doing a great job and we’re just following his progress with interest, as well as Dennis Hauger as well, all qualifying for superlicences. That’s our coverage at this point in time.”

Red Bull juniors Daruvala, Hauger and Ayumu Iwasa race against Lawson and Vips in F2, but none of them have yet been given F1 test opportunities by the brand.

However Daruvala recently got his first mileage in a contemporary F1 car by joining rival team McLaren for two days at Silverstone in its 2021 car.

“Obviously we’ve got quite a few youngsters and really promising youngsters that are out there at the moment,” Horner said.

”We have, obviously, Liam Lawson. We have Dennis Hauger, you know, racing in Formula 2 as well as obviously Daruvala that remains as a junior driver, despite, you know, testing with another team.

“Iwasa is showing great potential as well. And that’s just in Formula 2. In Formula 3, it’s great to see Johnny Edgar back after illness, quite a nasty illness earlier in the year, giving him another chance. Isack Hadjar is doing a super job as well.

“So we’ve got no shortage of talent coming through, all the way from karting through the different formulae. And that’s always been a policy of Red Bull, to give youth a chance, to back youth, and give opportunities to some of these kids that otherwise wouldn’t have been able to progress their careers.”