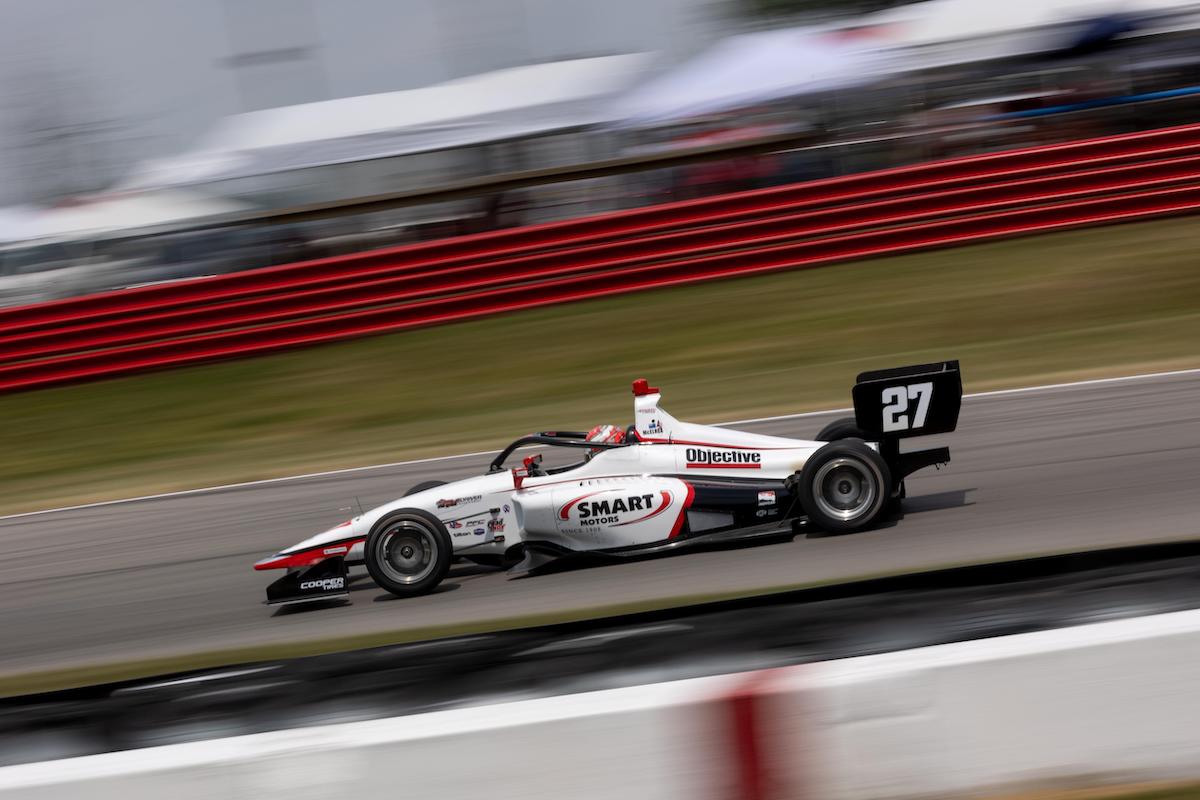 Hunter McElrea continues to set the pace in practice ahead of qualifying for the Indy Lights round at Mid-Ohio.

Two red flags disrupted running as drivers began their final preparations for qualifying. Nobody had managed a representative lap-time – and few had set any at all – when James Roe Jr stopped just off track with 33 minutes left on the clock.

The session resumed just a few minutes later, and Danial Frost jumped to the top of the times with the first time in the 1m14s.

There was still plenty of pace to be found and a number of drivers had set times in the 1m13s before an off for Sting-Ray Robb paused running again. Robb ran through the grass and gravel after losing control of the car and hit the barrier, damaging the front right suspension.

Christian Rasmussen, who had been top when the second red flag came out, finished third ahead of championship leader Linus Lundqvist.