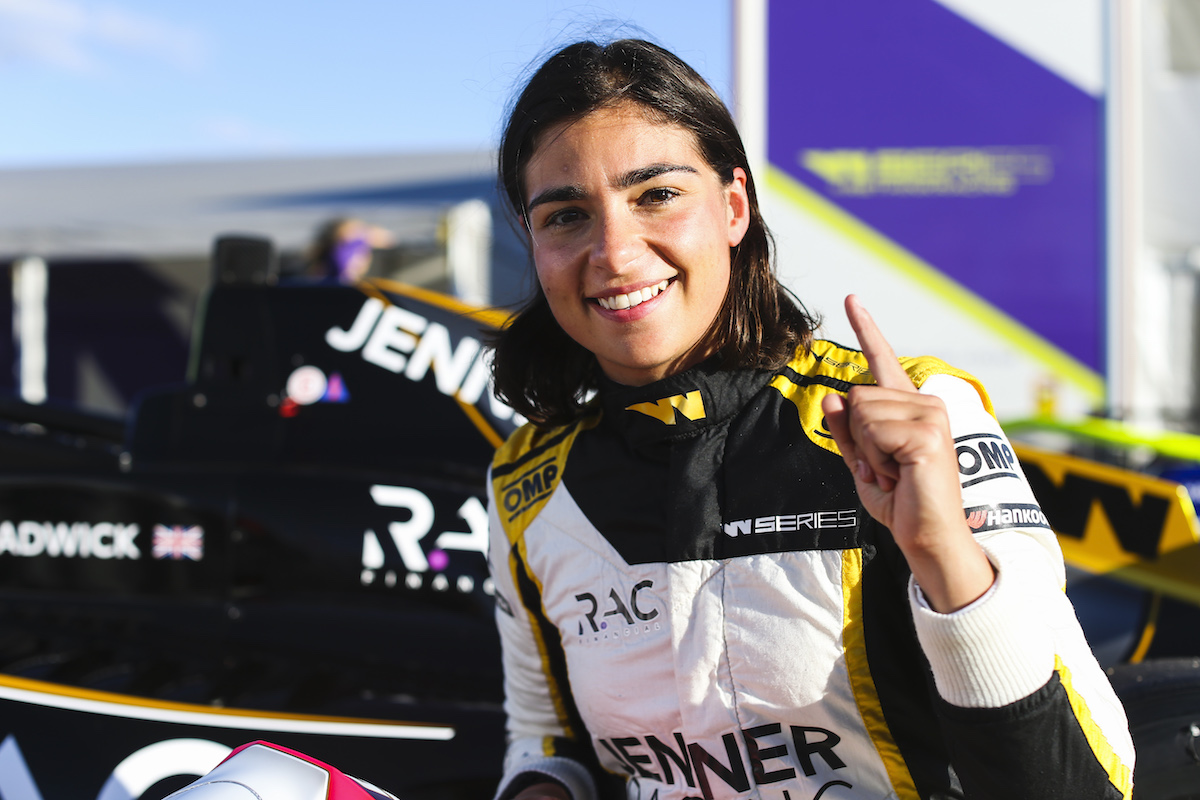 Jamie Chadwick dominated from start to finish at Silverstone to seal a fourth W Series victory of the season.

The Williams Formula 1 development driver triumphed by 19.558 seconds, while Emma Kimilainen took second ahead of Abbie Pulling despite a late clash between the pair.

There was drama before the start for Alice Powell, who lined up third on the grid after a deleted lap time for exceeding track limits was overturned on Friday evening.

Powell stalled as the cars commenced their formation lap and, despite climbing back up to third in time for the start, was deemed to have been out of position at safety car line two before Club corner.

Having been handed a 10s stop/go penalty shortly after the race got underway, Powell snatched second from Kimilainen into Brooklands on lap two before heading to the pits to serve the penalty.

Chadwick held a 4s lead at this point, and extended the gap by a further second by the halfway stage as the arrival of light rain threatened to mix up proceedings. But the rain quickly eased off, and Chadwick continued to pull out an unassailable lead.

Pulling dropped to fifth at the start, which became fourth after Powell served her penalty, and spent the opening laps trying to find a way past Fabienne Wohlwend. Coming under increasing pressure, Wohlwend made an error into Village, allowing Pulling through.

Having eradicated more than a 2s deficit, Pulling went for a move up the inside of Kimilainen for second at Vale on the penultimate lap, but the pair made contact. Kimilainen was spun around, but then reclaimed second on the final tour after Pulling slowed with damage.

Wohlwend couldn’t quite catch Pulling before the flag, coming home 0.5 behind in fourth. Beitske Visser was a further 3s back in fifth, while Jessica Hawkins beat Abbie Eaton to sixth after making an overtake into Maggots during the race.

Belen Garcia also tried to battle past Eaton, but eventually settled for eighth. Nerea Marti was ninth ahead of Sarah Moore, while Bruna Tomaselli passed Tereza Babickova into Copse late on to finish 11th.

Powell recovered to 14th, while Marta Garcia dropped out of the top 10 to 18th after damaging her front wing.