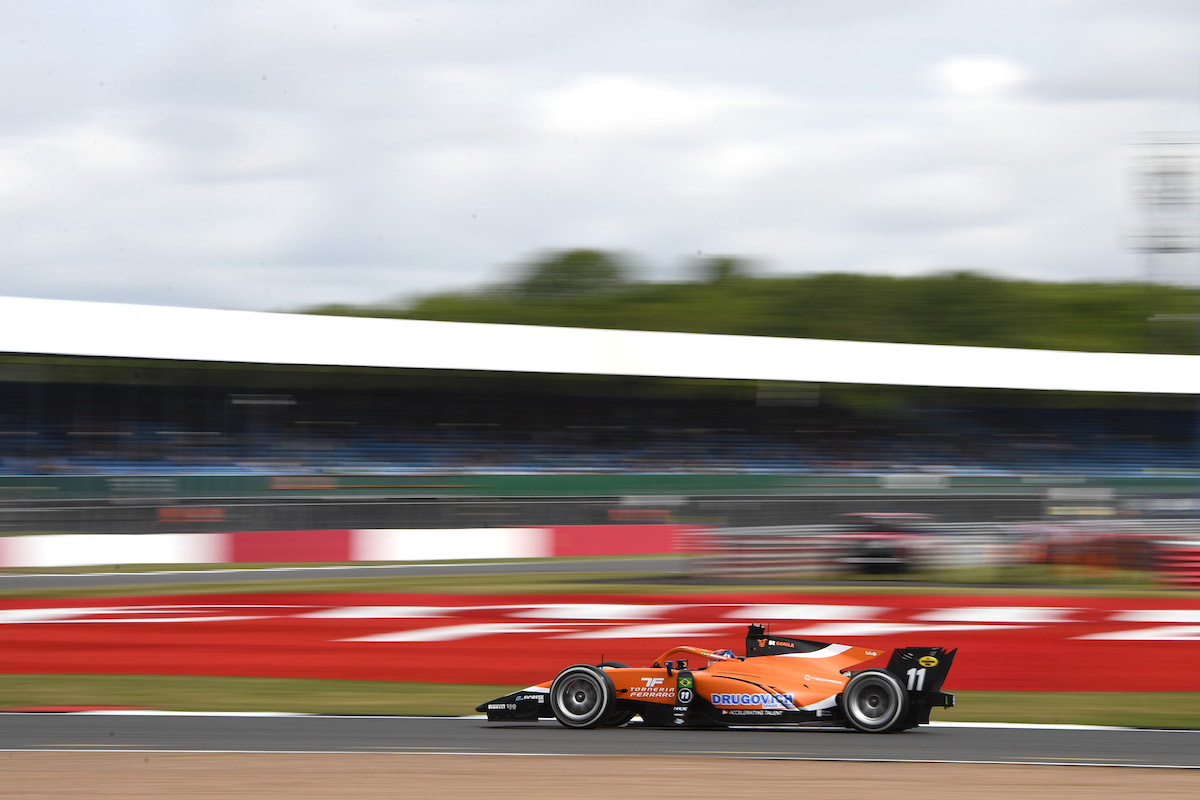 Formula 2’s fastest qualifiers at Silverstone believe a typically “chaotic” opening lap could give them the best chance to make progress in Saturday’s sprint race.

Formula Scout asked the drivers who will be starting the sprint race from eighth, ninth and 10th on the reversed grid about their chances of moving forward. Aware of last season’s overtaking record, they put the focus on the race start.

“The first lap here is always quite chaotic I would say, at least the first two turns, but after that it’s completely the opposite,” championship leader Felipe Drugovich said.

“At least last year, it was very difficult to overtake and I don’t expect any different this year. But we never know. I think the wind affected quite a lot. But hopefully there will be some opportunities to overtake.”

Feature race pole-sitter Logan Sargeant added: “I think the opening lap can be very eventful. Other than that, historically it’s a difficult track to overtake at with all the high speed and aero wash. So, it’s just going to be about trying to position yourself to take advantage of other people’s mistakes.”

Frederik Vesti, who qualified second, concurred with his rivals’ comments and was also asked where he thinks he could have the chance to pass Sargeant to win on Sunday.

“Well, I think there are many opportunities in the race,” the Mercedes junior said. “There is the start, there is the first lap, and there is also a lot with the strategy. We know in F2 everything can happen. If you can have a good pitstop, there are many, many ways. I’m just looking to have a solid baseline tomorrow and then we see for Sunday.”

Asked about his own strategy for the feature race, Williams junior Sargeant added: “For sure, I think it’s going to be long, physical, and the tyres are gonna be hurting as well towards the end of their stints.

“But for me, the goal is just going to be to get off the line well and have a clean first lap and keep that clean air.”