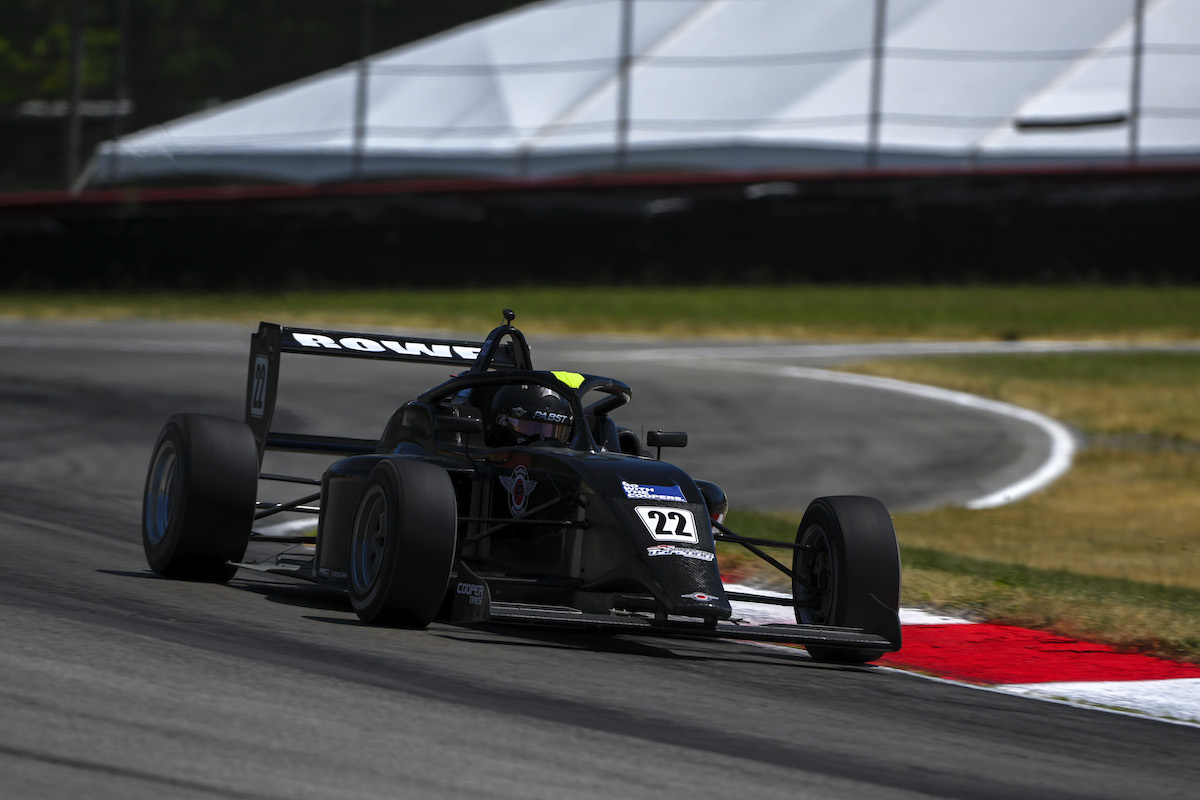 Myles Rowe overtook his USF2000 title rival Michael d’Orlando to double up in the second race of the weekend at Mid-Ohio.

D’Orlando led away from pole position but came under attack from Rowe when the race restarted on lap six of 20 following a full-course caution after Billy Frazer and Dylan Christie tangled on the run to Turn 4 as they fought over sixth position.

Rowe went to d’Orlando’s outside around Turn 5 and clinched the position on the inside into Turn 6, where Rowe’s Pabst Racing team-mate Jace Denmark followed him through.

D’Orlando got back by Denmark a few laps later and was able to close back up on Rowe, but any chances of a late move where ended by another caution after Bijoy Garg spun off into the barrier outside Turn 9.

Fourteen-year-old Nikita Johnson had an eventful race, running wide in Turn 11 on the first lap but recovering to pass Denmark for third at one stage – only to run even further wide in Turn 11 later on and lose the place once again.

Nicky Hays worked his way up from 13th on the grid to finish fifth while Jagger Jones held off Jacob Douglas and Nicholas d’Orlando to take sixth.