With F1 trying to break into the US, the nation needs a new driver to support at its home races. Alexander Rossi is in pole position to be that very guy as he climbs the junior ranks in Europe…

After winning regional and national karting titles, Alexander stepped up to ‘open-wheel’ racing in 2006. He won a scholarship from the Skip Barber Racing School, winning a shootout between 59 drivers, to compete in its national championship. He finished third overall with three wins and also won the Western regional series.

In 2007 he raced in Formula BMW Americas, finishing third overall with three race wins. Remaining in the series for 2008 he took ten wins from 15 races on his way to the title. He then won the Formula BMW World Final at Mexico City against the best from the European series. 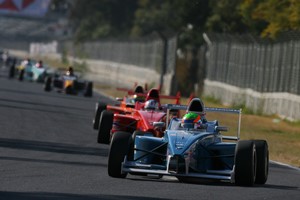 Alexander on his way to winning the Formula BMW World Final in Mexico City. Photo: BMW

Alexander wanted to move to Europe in 2008, but without the budget to do Formula 3 he looked set to race in the Atlantic series back in the States instead. However after testing an International Formula Master car he commited to the series. After contesting the first two rounds of the season with Hitech. After switching to ISR for the third round, he won first at Brno and then again at Spa and Monza. He finished the year fourth overall and the top rookie in the series.

In late 2009 he tested with the BMW Sauber F1 Team at Jerez as a reward for winning the Formula BMW World Final one year earlier. This led to him becoming the youngest ever driver to qualify for an FIA Super License, required to race in F1. 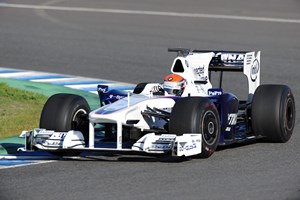 He joined Ocean Racing Technology for the 2009-10 GP2 Asia Series, finishing fourth and fifth in the two races in the campaign opener in Abu Dhabi. Come the next event at the circuit three months later Ocean had already signed their drivers for the main campaign, forcing Alexander to switch to the Meritus team. In the six remaining races he picked up two further top six finishes.

Having been highlighted as America’s greatest potential F1 driver, Alexander was signed to the USF1 project to be its test and reserve driver, only for the team to fail to make it to the grid.

Alexander raced in the inaugural GP3 Series season in 2010, for the crack ART Grand Prix squad. He won the second race at the first weekend at Barcelona, and won again later in the year in Hungary. He finished the season fourth overall. 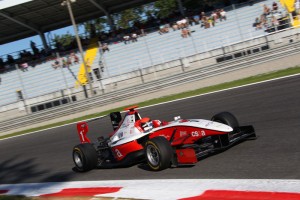 Having made a one-off appearance in Formula Renault 3.5 at Monaco in 2010, Alexander switched to the series full-time for 2011, racing for Fortec Motorsport. His season got off to a flying start with victory in the first race at Aragon in Spain, and a second-place in the second race there. Further podium finishes came at Monza and Hungary. At Silverstone he finsihed third in the first race and second in the second race, only to be disqualified from the latter due to a technical infringement with the wheel nuts. This meant that rather than climbing to third in the standings he slipped to sixth.

Earlier in 2011 Alexander was signed by Team Lotus to its AirAsia Driver Development Programme, performing a demonstration run in Malaysia. That is likely to see him race in GP2 next year with Team AirAsia. He has also become a member of the FIA Institute Young Driver Excellence Academy.

Talent rating: After winning the Formula BMW titles, Alexander has proven himself to be one of the top talents on the European circuit as he quickly adapts to new championships and winning races, even though titles have escaped him so far. 8/10

Chances of getting to F1: With his nationality being such a commerical bonus, it’s almost certainly going to be a matter of when rather than if Alexander makes it to F1. If Tony Fernandes doesn’t take him there, somebody else will. At 19 he has time on his side too. 9/10 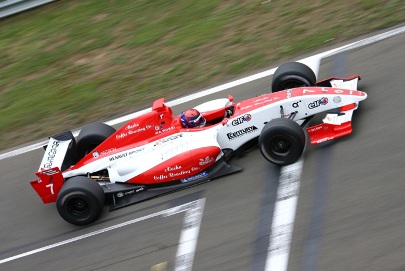