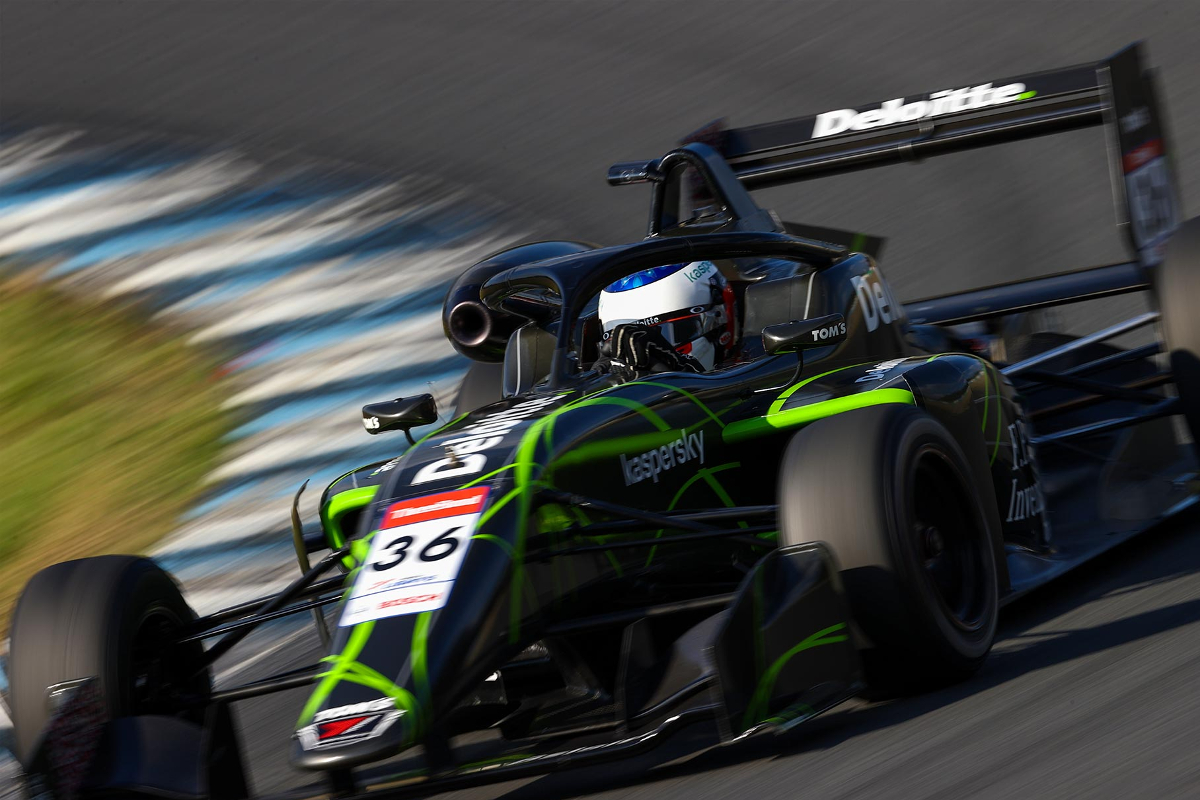 The Super Formula Lights title fight has slimmed down to two drivers, with Giuliano Alesi closing in on leader Teppei Natori with victory at Twin Ring Motegi.

Natori edged Alesi by 0.045 seconds in qualifying, but persistent engine issues through Friday’s running meant Natori opted to take an engine change and a five-place grid penalty for race one of the final round and it meant Alesi got a double pole.

Honda junior Ren Sato was knocked out of the title fight after he failed to score the bonus points for topping qualifying, and so the focus moved to Alesi in first and Natori in sixth at the start of race one.

Alesi made a strong start to lead away Sato and the returning Kazuto Kotaka, finally taking up his TOM’S seat after spending most of this year racing for KCMG in Super Formula.

Kotaka didn’t last long in a podium position, getting nabbed of third on the exit of turn one and soon fourth too. Atsushi Miyake moved into third, with Teppei Natori behind him and immediately attacking the Rn-sports driver.

He couldn’t find a way past, and it would begin a frustrating 14-lap encounter for Natori as he spent the whole of it staring at the rear of Miyake’s gearbox while Alesi and Sato streaked away.

Kotaka managed to stick with Natori in the first half of the race, and then eventually he was being held up so much too by Miyake’s pace that eventually his TOM’S team-mate Hibiki Taira closed in and Seiya Jin did too after the B-MAX Racing driver made a great pass around the outside of RS Fine’s Shunsuke Kohno for seventh place on lap 10.

There were one or two darts in Miyake’s mirrors by Natori in the final few laps, but he was firmly stuck in fourth and 19 seconds behind winner Alesi who had crossed the line with an advantage of close to three seconds over Sato.

A gap of 12 points now seperates Natori and Alesi, with 22 still available to score over the remaining two races of the weekend.

The time gap between Miyake in third place and Kohno in eighth was just 3.414s, with the two points Kotaka scored in fifth immediately jumping him up to ninth in the standings.