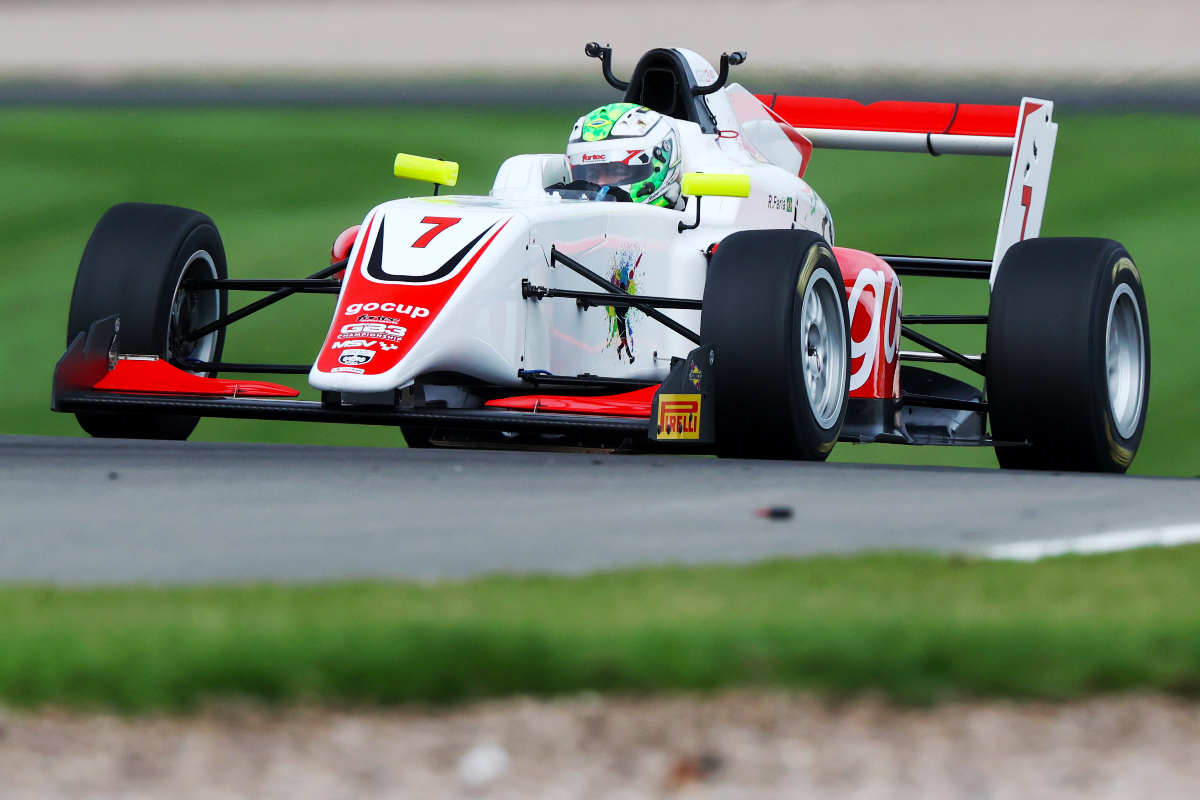 The Fortec Motorsports driver set a 1m24.148s in the last of four sessions held during the day, knocking over a tenth of a second off the benchmark set by Hitech GP’s Bart Horsten on Thursday.

Hitech continued its strong form into day two by filling the top three spots in session one, with Reece Ushijima just under a quarter of a second faster than Horsten, with Sebastian Alvarez third.

Faria topped session three with the fastest lap yet, ahead of Ushijima and Carlin’s Christian Mansell, and the Brazilian lapped quicker still to also top session four.

Alvarez lapped within 0.1s off Faria in session four to end the day second fastest, with Mansell also setting his best time then to go third.

O’Sullivan’s time from session two put him fourth, while Ushijima was fifth despite not improving on his session one effort.

Chris Dittmann Racing’s Ayrton Simmons and Horsten were sixth and seventh, both recording their best laps in session four, while session two times from Flack and Sagrera left them in eighth and ninth.

Tasanapol Inthraphuvasak was again testing for Carlin, ending up 13th, with the top 15 drivers separated by less than a second. Whether Flack and Inthraphuvasak opt to join this weekend’s season finale will determine what day O’Sullivan can officially wrap up the title on.

James Hedley (Elite), Flynn Jackes (Hillspeed) and Eduardo Coseteng (Fortec) will be debuting this weekend, and they were 17th, 20th and 22nd on the day’s timesheet.