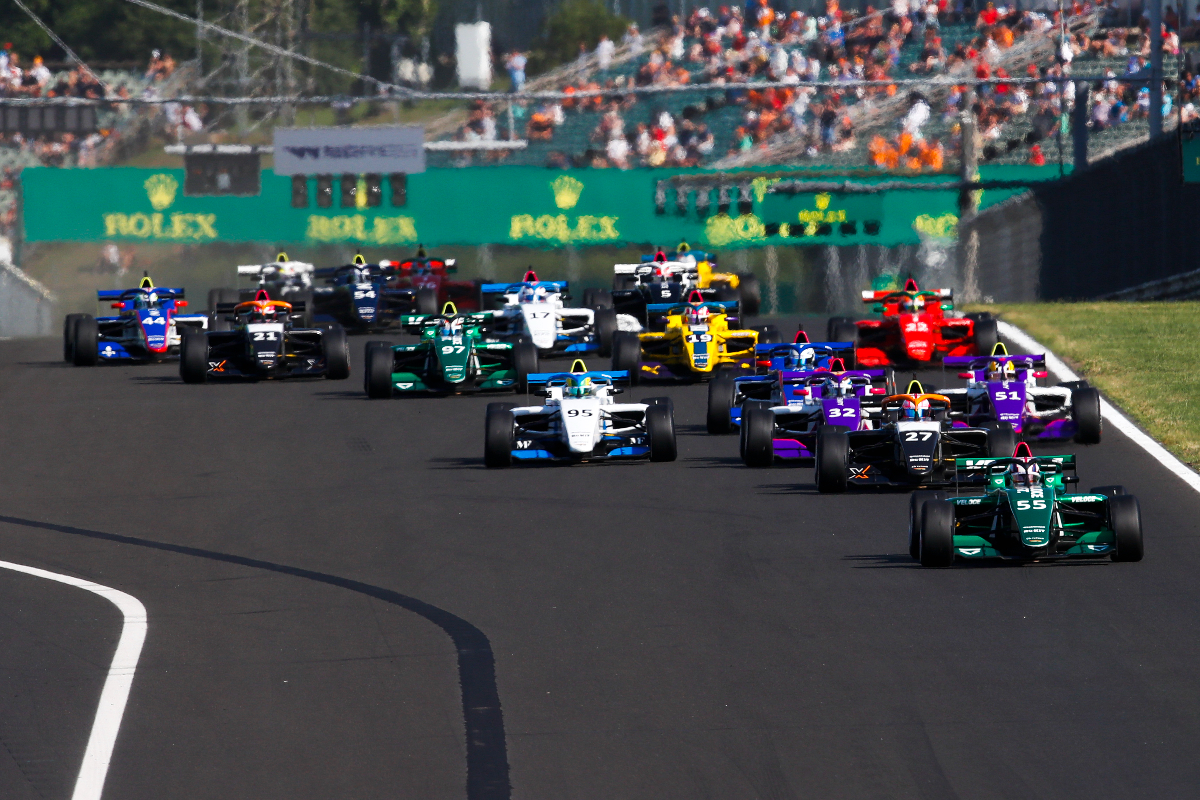 W Series has upped the stakes for drivers contending the final races of this season, as only the top eight in the standings now qualify automatically for the 2022 grid.

From W Series’ inaugural season in 2019, the top 12 in the points immediately earned their way into seats for 2020. That season was cancelled though, so the automatic qualifiers had their places transferred to this year.

Ahead of the final round, it was announced that the drivers occupying ninth to 12th in the standings will now have to reapply to be in the series for 2022. It is expected shootout tests will once again be used to determine the vacant seats.

There could be as many as 13 of next season’s seats to be filled, or as few as 10, come the end of the season as teenagers Nerea Marti and Irina Sidorkova are already also guaranteed drives in 2022 due to being the youngest on the grid.

All 20 of the drivers racing at Circuit of the Americas in the double-header season finale will be able to contend to secure their place, as there are 50 points available across the two races and eighth placed Belen Garcia has scored 22 so far.

Whoever emerges as champion out of Alice Powell, Jamie Chadwick and Emma Kimilainen will be invited back to defend their crown, although W Series says they will not be eligible to score FIA superlicence points from the series in 2022.

While W Series is an FIA International Series this year, it did not comment on whether it will retain that status for 2022 when asked by Formula Scout.

Junior single-seater series that have subscribed to the requirements of being an FIA International Series are tied to certain restrictions, including the fact that champions may not race in the series as points-scoring drivers in the season immediately following the one they claimed the title in, as previously noted by W Series as a rule it is tied to.

While subversion does not automatically lead to a series’ loss of rights to superlicence points, when the FIA’s working group comes each year to calculate what each series’ value is, it distributes more points to those with the international status.

Asian Formula 3 champion Ukyo Sasahara returned to that series the year after he claimed the crown by doing so as a guest driver, while reigning Formula Regional Europe champion Gianluca Petecof has been able to make a comeback by dint of adjustments to the series’ sporting regulations made pre-season as it merged with the Formula Renault Eurocup and at a time when Petecof was linked to a seat with M2 Competition and the organisers wanted to find a way to accomodate that.