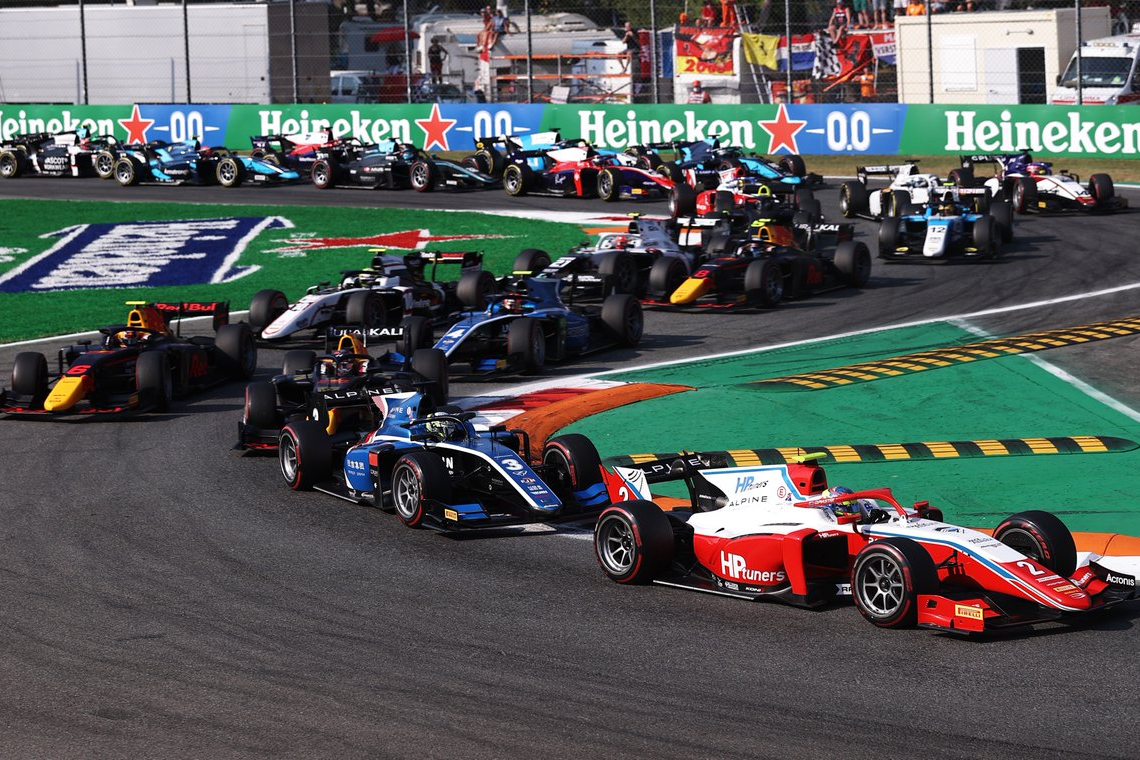 The calendars for the 2022 Formula 2 and Formula 3 seasons have been revealed at the latest World Motor Sport Council meeting.

F2 provisionally expands to 14 rounds, the first time Formula 1’s primary feeder series has done so since the 1975 European F2 season, with Imola’s return to the second tier of single-seater racing for the first time since 2011 being the biggest change.

All rounds will take place at F1 grands prix, and F3’s nine events all run on the same weekends as F2’s after the two series split their calendars this year. They will also only have two races at each round, after expanding to three in 2021.

Bahrain will host the opening round of both on March 18-20, with F2 then heading inland to Jeddah in Saudi Arabia to race just a few days later on March 25-27.

The European leg for F2 and F3 could begin at Imola, although that is subject to the contract being signed for the Emilia Romagna Grand Prix to take place, and that would be on April 22-24.

Similarly, Barcelona is yet to secure its place on the F1 calendar but has been included on the support series scheduled on May 20-22, the week before F2 races around the streets of Monaco.

The F3 season concludes in Italy, while F2 has two more events in Sochi (September 23-25) and Yas Marina Circuit (November 18-20).

Bruno Michel, the chief executive officer of the two F1 support series, said of the calendar: “I am pleased to present the largest calendar we have ever had in F2, with 14 rounds and 28 races. This results from a strong will from our stakeholders to have F2 race alongside as many F1 grands prix as possible.

“A lot of circuits have expressed their interest to have our championship added to their race weekend programme, but for costs reasons, we cannot increase the number of rounds more than we already have.

“This calendar will of course induce an increase of our teams’ budgets, but we will support them so that they are able to manage the extra costs.”