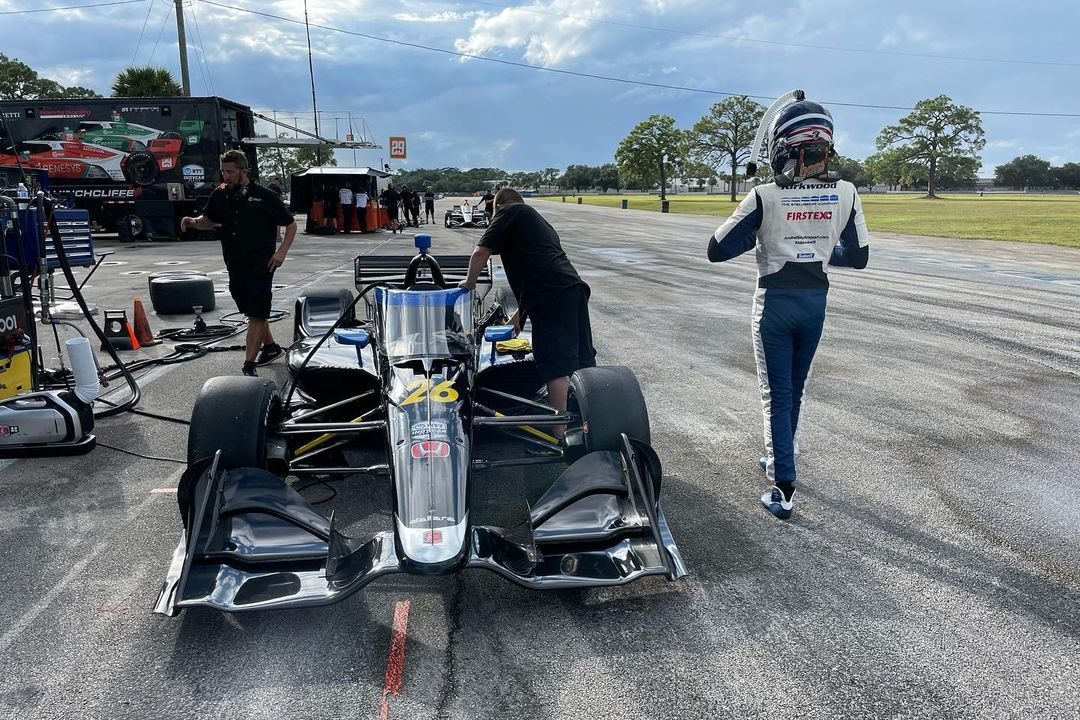 The test, which took place at Sebring, featured Kirkwood driving the car raced to three victories by Colton Herta this year and DeFrancesco in a second chassis.

Kirkwood wrapped up the 2021 Indy Lights title at Mid-Ohio two weeks ago, while DeFrancesco – who raced under the Andretti Steinbrenner banner – came sixth in the points in his rookie season and with two podiums to his name.

After his first runs in Herta’s car, Kirkwood described it as “a beast”, and at the end of the day added that “now understand what all the hype is about!”.

“My first day in an Indy car with Andretti Autosport was a very special moment in my career,” he said.

“Pace came quickly and I felt to grips with the car much quicker than I personally expected.”

Kirkwood’s track time was reduced by a rain storm that hit Sebring during the day, although he’s not entirely new to the car as he represented Andretti in the first two rounds of the IndyCar iRacing Challenge in 2020.

“Everything definitely lived up to my expectations,” DeFrancesco said of his maiden test. “The car is just the biggest leap of anything I’ve ever driven before and there’s so much to learn and so much to take in.”

DeFrancesco is linked to graduating up to IndyCar with Andretti Steinbrenner next year, while Kirkwood’s Road to Indy scholarship prize means he is guaranteed to be entering three races – including the Indianapolis 500 –  but it is unclear with whom that will be as he targets a full-time campaign for his first year in the pinnacle of American single-seater racing.