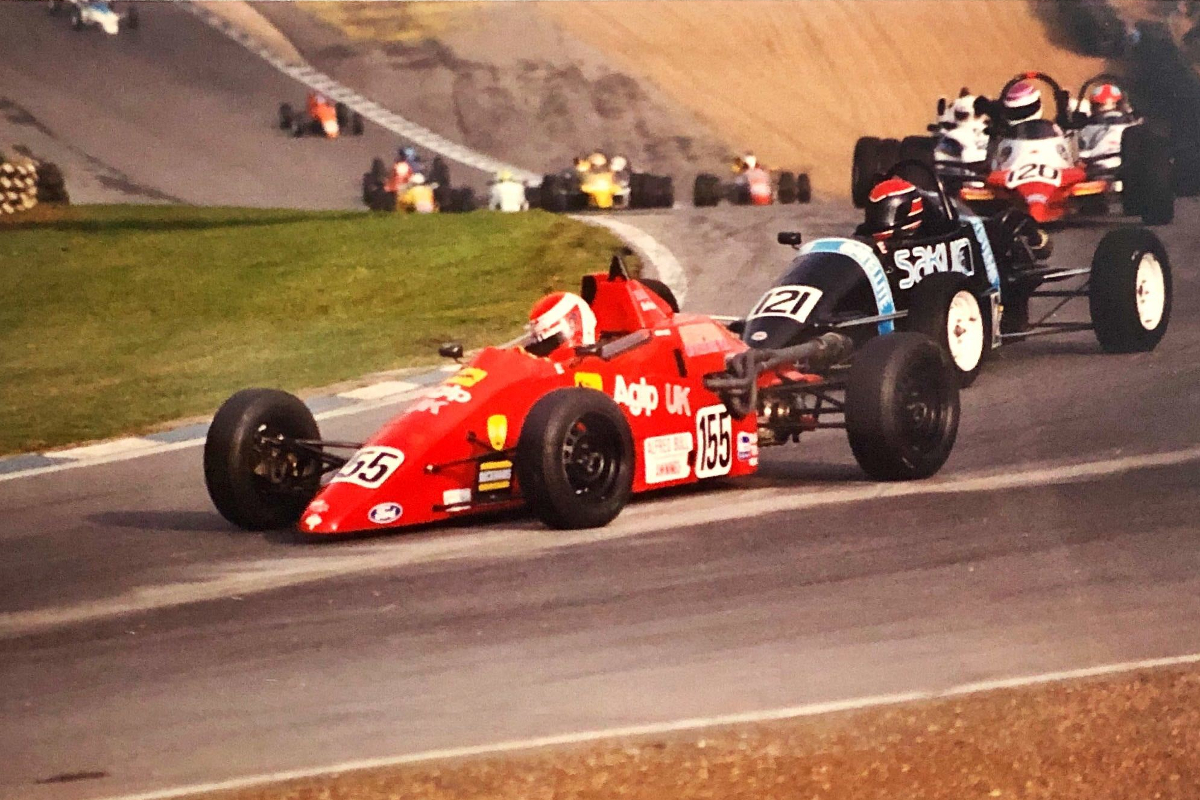 Hughes, 52, will race a 43-year-old Royale RP26 previously campaigned by Super Formula race-winner Kenny Acheson and will contend for the Carl Hamer Trophy for cars built before 1982 in addition to racing against modern cars in the shootout races.

He began his single-seater career in FF1600, dominating both the P&O and Dunlop/Autosport-sponsored junior series in the United Kingdom in 1990 and finishing second in the FFord Festival a year later when he was also title runner-up in the Formula Vauxhall Lotus championship.

After that he progressed to Formula 3, spending four seasons in the category and winning in the British championship with Mitsubishi power (after also campaigning Fiat-powered cars from the soon-to-be-dominating Dallara) –  before switching to Germany’s Super Touring Cup in a Team Schubel-run Ford Mondeo.

It wasn’t long before he was back in British F3 though, spending another two seasons there before attempting touring cars again and winning the 1999 MGF Cup.

That helped him back into single-seaters for 2000 in Italian Formula 3000 (later known as Auto GP), taking two wins on his way to second in the championship with Arden.

His previous MG success beckoned him back to the brand after that, tackling the British Touring Car Championship and the Le Mans 24 Hours for several years. He won several BTCC races, and claimed LMP2 class honours at Le Mans in 2005.

After that he moved into driver coaching, guiding Matevos Isaakyan and Nikita Troitskiy to title runner-up spots in Formula V8 3.5 and Euroformula respectively in 2017. He now works with W Series helping its drivers.

HWA Racelab to leave Formula 2 at end of season