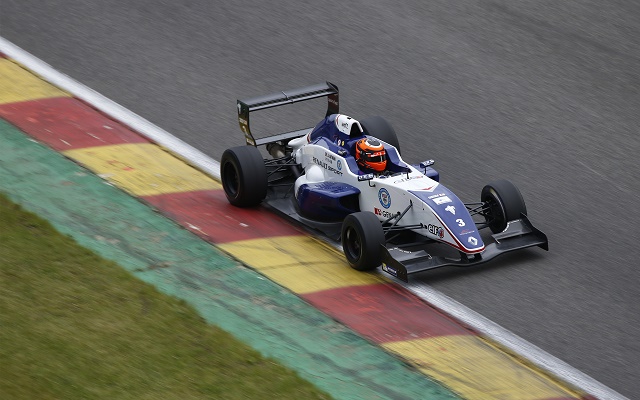 Aitken held the lead for much of the session and eventually cemented his position at the top with a late improvement.

Russian duo Matevos Isaakyan and Vasily Romanov followed suit in second and third, both within two tenths of the Brit.

But Koiranen’s imperious form from last Alps round at Spielberg does not appear to have evaporated, as Jake Hughes, who had claimed his first Eurocup win at Spa last weekend, and Stefan Riener made it three cars in the top five for the Finnish team.

Thiago Vivacqua was sixth ahead of Dorian Boccolacci, the FIA F3 regular practising with the Alps field to prepare for his main championship’s Spa round. His fellow F3 racers Alessio Lorandi and Mahaveer Raghunathan were also present, finishing tenth and 16th, albeit unlike Boccolacci, both are expected to take part in the actual races.