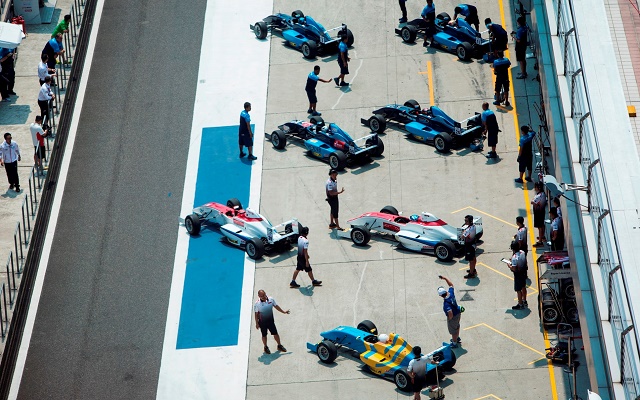 Sepang race winners Jake Parsons and Martin Rump have clinched pole for the first and third race of Formula Masters China’s round two at Shanghai respectively.

Rump effectively dominated both sessions, but a five-place grid penalty for crashing with Asuka Muratomi at Sepang with see him start the first race of the weekend only sixth.

As such, while Rump was the only one to go beyond 1:50s in qualifying one, it’s points leader Parsons who will line up on pole, having clocked in three tenths adrift and a further two up on teammate Daniel Woodroof.

Eurasia’s Aidan Read will lead an all-Aussie row two, joined by Nicholas Rowe, with Matthew Swanepoel lining up alongside the penalised Rump on row three.

With no penalties affecting the outcome of qualifying two, Rump duly stormed to pole, again denying Parsons by three tenths.

Debutant Zheng impressed, qualifying in fourth behind Woodroof and ahead of Swanepoel and teammate Rowe.

Read, Bo, Jeffrey Ye and Takahashi made up the rest of the top ten.