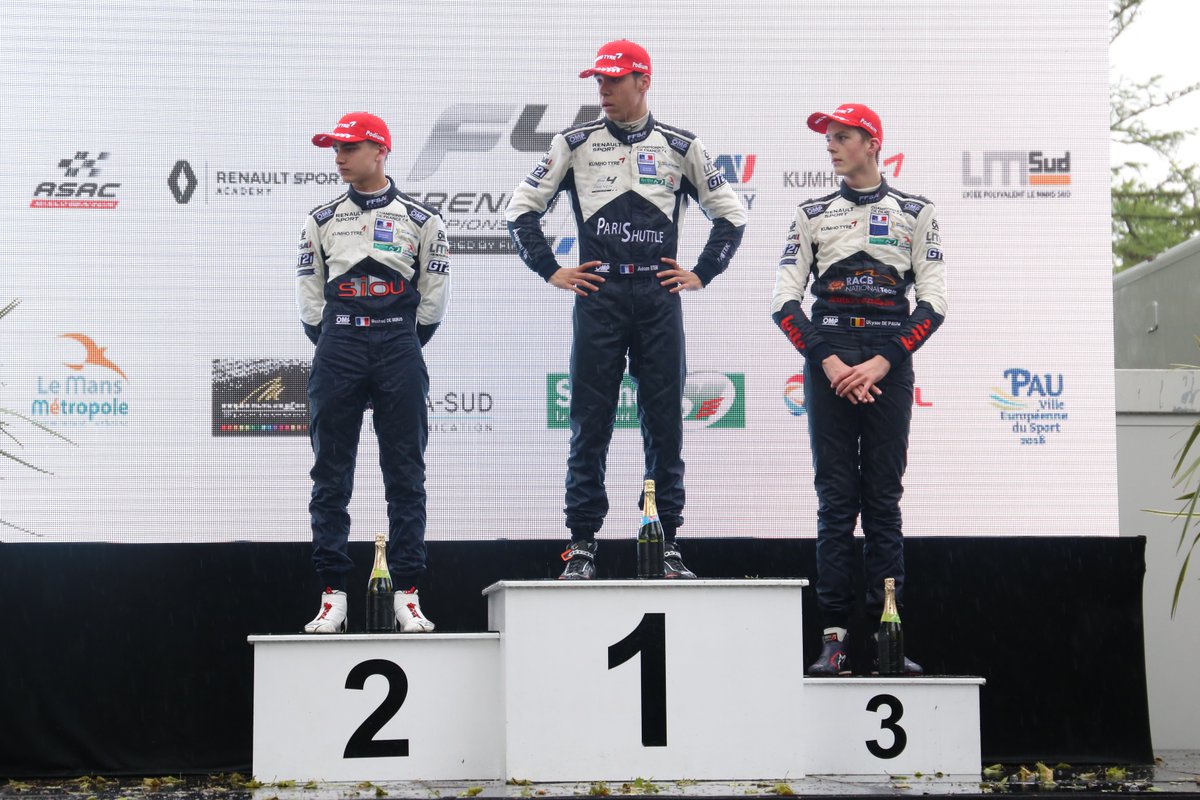 Adam Eteki snatched victory with a stunning around-the-outside overtake on the final lap of a wet second French Formula 4 race on the streets of Pau.

Eteki arrived in Pau as joint championship leader after his win at the opening round at Nogaro, but he finished only ninth in Saturday?s first race on the street circuit.

That did give him a place on the front row of the reversed grid for race two, but initially he had to be content in the spray of pole-sitter Reshad de Gerus following a safety-car start.

Eteki piled on the pressure however, and on the penultimate lap he got a good run on the leader up the hill out of the Gare corner.

He tried to go around the outside of de Gerus around the Pont Oscar left-hander, but lacked traction on the exit to put himself in a position to take the lead into the Lycee hairpin.

One lap later he managed to get himself slightly further alongside de Gerus as they rounded Pont Oscar, and that was enough for him to get to Lycee first and secure the lead, and with it victory.

“For all the race I followed Reshad,”?Eteki told Formula Scout, “and in the last three laps I put the pressure on him, see where I can pass him.

“I saw the last-lap board, tried for the race and I won. It’s beautiful!”

Stuart White took fifth, while Ugo de Wilde was sixth after getting ahead of Pierre-Louis Chovet.

After their fight for race one victory, Caio Collet and Arthur Leclerc both had muted races from the fifth row of the grid, although Collet managed to get ahead for eighth place on the penultimate lap.