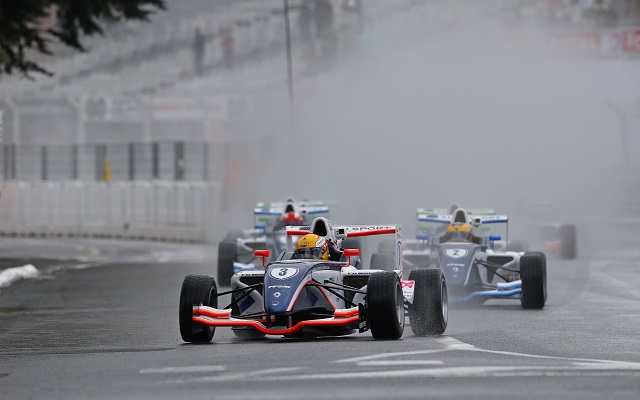 For several years now, French F4 has been widely regarded as one of the best entry-level championships around, with sizable grids and an impressive track record of producing talent. Since 2010, the championship has launched the single-seater careers of household names like Stoffel Vandoorne, Norman Nato and Pierre Gasly, while the most recent crop of 2012 produced talented Road to Indy star Alexandre Baron and Eurocup Formula Renault’s best rookie Egor Orudzhev.

The 2013 season produced several names that will hopefully follow in the footsteps of the aforementioned. While we saw another dominant title campaign, this time courtesy of Anthoine Hubert, several other drivers also managed to make an impression. Below, we outline the key names and events in the most recent French F4 year. 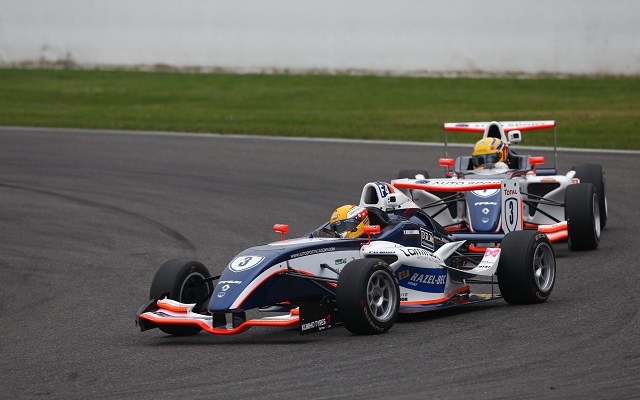 Indeed, while there were other drivers tipped to take the fight to Hubert, the illusion was gone by round one. The young Frenchman was the only consistent factor in the Le Mans opener, winning both feature races with relative ease. The pattern stayed true at Pau and, as Hubert added two wins to his tally, he now had 122 points in the standings ? none of his rivals have even surpassed the 50-point mark.

At Spa, the intrigue in the championship fight was pretty much gone. Given a track that lends itself well to overtaking, Hubert picked up the reverse-grid victory in addition to his usual feature race double, producing one of the most dominant weekend performances of the year in single-seaters. At the halfway point of the season at Val de Vienne, he took another two wins from pole.

The paradigm, however, would change at Magny-Cours. As Hubert had a difficult qualifying, he was faced with an uphill fight in all three races, giving the other frontrunners a chance to shine, which was utilized to the fullest by one of his countrymen. 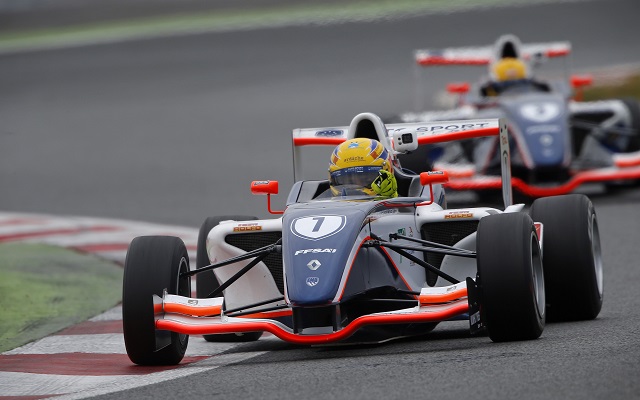 Enter Jules Gounon, already a race winner in French F4 up to that point, but, in spite of that, mostly seen as just another regular challenger. The Frenchman had an inconsistent season with ups and downs and, while his clear ability shone through before, he struggled to produce the results and was just eighth coming into Magny-Cours.

A great start in the first race of the weekend allowed him to cruise to his first feature race win, while in race two, he spectacularly fought his way up the ranks to take the lead in the closing minutes of the race and secure a second win. In race three, he rounded out a perfect weekend, becoming the second driver to have a triple victory in the standings.

With two rounds to go, Gounon, now second in the championship, stood as the only man between Hubert and an early confirmation of the title. Appropriately, the duo locked out the front row for the opening race at Ledenon and, while Hubert went on to take the win, his title celebrations were cut short when he was penalized for an early defensive chop on his rival. Gounon, thus, inherited the win and the title fight was kept alive.

Still, Hubert didn’t have to wait long to become champion for good. In race two, Gounon was penalized for an overeager overtaking move and, thus, finishing fourth was enough for his rival to wrap up the title.

Gounon then won the final feature race of the weekend, but it was Hubert who closed out the season with the upper hand, picking up two dominant victories in the finale. 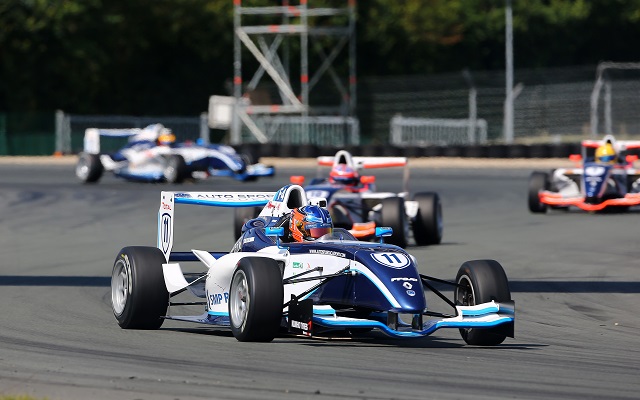 The French duo of Hubert and Gounon might have held a monopoly on feature race victories, but there were plenty of other drivers displaying their frontrunning abilities on a rather regular basis.

Formula BMW Talent Cup runner-up Tristan Viidas was one of the pre-season favorites, but endured a very slow start to the season. After the opening rounds, however, things got way better for the Estonian, who turned out to be a rather reliable presence in the top five and notched five podium finishes, albeit drawing a blank in terms of victories. He deservedly finished the season in third, but could not have realistically challenged Hubert or Gounon even if he managed to adapt in a quicker way.

Frenchman Tom Le Coq ultimately came up just three points short of Viidas and, all in all, put in a similar campaign. He took a bit to get going, but soon started racking up podiums. Just like Viidas, he had a solitary feature race pole that he failed to convert into a win, but the Frenchman did manage to stand on the top step once, holding off numerous drivers to cross the line in first in the reverse-grid event at Ledenon.

Out of French F4’s Russian SMP-backed contingent, Matevos Isaakyan managed the best results, taking fifth in the standings. He was noticeably quick with numerous podiums to his name and generally seemed capable on consistent pace, always making the points in the late stages of the season. Still, there was some noticeable raggedness in his performances, punctuated by an unfortunate tangle in the fight for race victory at Le Castellet.

There wasn’t much between Felix Hirsiger and Dennis Anoschin, with both drivers finishing one place away from race wins on three occasions. Both the Swiss and the German were everpresent in the points and both managed impressive streaks of top-ten finishes – nine in a row for Anoschin and five early and six later on for Hirsiger.

RACB’s Neal Van Vaerenbergh was hotly-tipped in early predictions, following in the footsteps of Vandoorne and 2009 champion Benjamin Bailly. Ultimately, he came up eighth, reliably earning points, but lacking in outstanding finishes. However, despite not managing to secure a win, he did have three podiums to show for his campaign.

Finn Simo Muhonen was the second race-winner of the season, taking first in the reverse-grid race of the Le Mans opener. He continued to be a reliable presence in the points and managed two more top-three results, but wound up just ninth overall.

The rest of the field 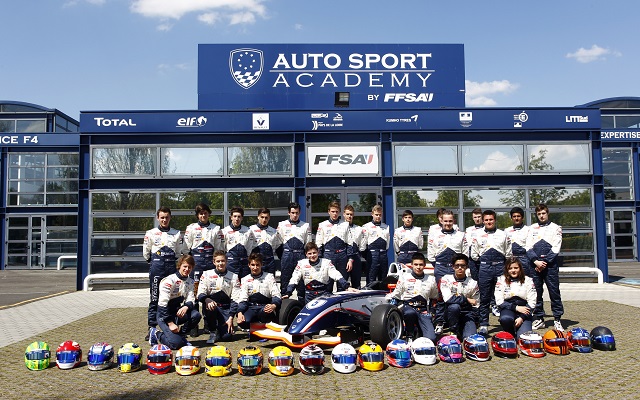 Apart from Isaakyan, SMP also placed two other Russian drivers in the series. Kirill Karpov impressively topped the first qualifying of the year and was on the podium for the first race, but couldn’t repeat those results throughout the rest of the year. Meanwhile, Ivan Kostyukov secured three podiums and displayed promising pace, but often lacked the consistency to back up his ability.

Switzerland also had three drivers in the championship. While Hirsiger finished highest, Severin Amweg was the only Swiss race winner, picking up a reverse-grid success at Val de Vienne. He only had four other points finishes this year, albeit one of them was another reverse-grid top-three result at Spa. His compatriot Justin Meichtry was unfortunately ruled out of the season after he picked up an injury in a crash in the season opener.

Remy Deguffroy was the fourth-best French driver, managing some solid early-season performances before a podium and a victory in two separate reverse-grid outings in the final rounds. Florian Pottier and sophomore racer Marco de Peretti also picked up a podium each, as did Valentin Naud, who left an impression despite contesting only three rounds.

Amaury Rossero seemed to head for a maiden podium when he was tapped out by Isaakyan at Ledenon and, as such, his best result wound up being a fifth place. Swedish racer Paul Hokfelt made two rather notable appearances mid-season, with a best finish of sixth.

Finally, Amaury Richard, Kang Ling, Lucile Cypriano and Sidhant Panda made up the backmarkers, with 12, 11, four and zero points respectively. 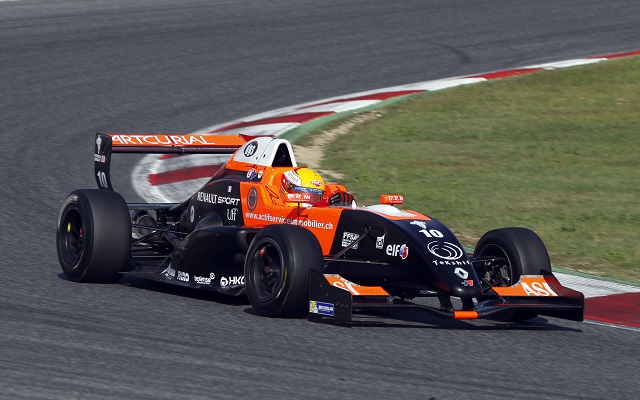 Many drivers from the 2013 French F4 grid are now looking at the obvious move to Formula Renault 2.0 racing. Series champion Hubert tested in Eurocup’s rookie test with Tech 1, but is now looking very likely to take a seat at Dutch squad Manor MP.

Gounon is also likely to graduate to the Eurocup, having made testing appearances with Prema and, most recently, KTR. Le Coq tested with ART Junior Team during the rookie test and would probably benefit from a year in the NEC championship, while Viidas ran with Josef Kaufmann Racing but hasn’t committed to continuing in single-seaters yet, with a move to Radical racing appearing a distinct possibility.

Isaakyan did several days of testing with AV Formula, who are expected to run a full-time campaign in the Alps championship next year. Anoschin had a rookie Eurocup test with ARTA, while Ling popped up with Manor and, later on, Koiranen.