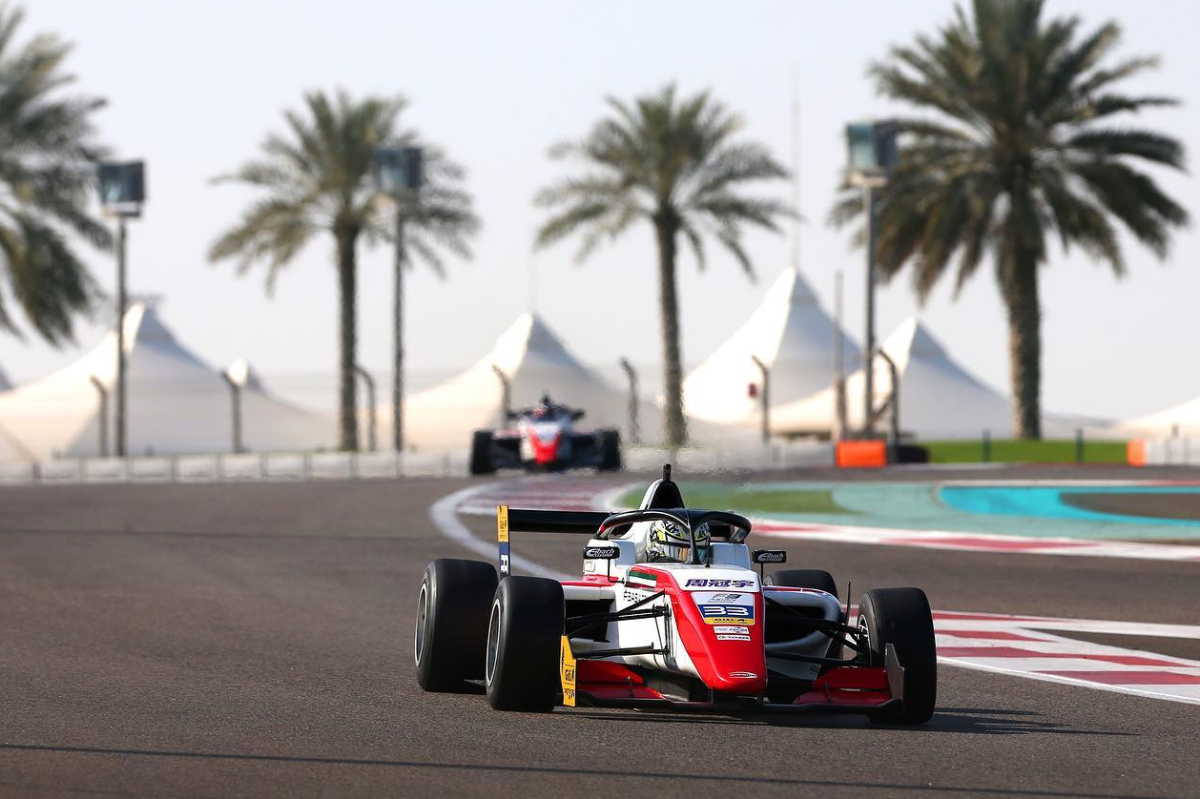 The Chinese driver bided his time in both sessions, saving the peak of his tyres for later in the session and reaping the benefits as a result.

In the first session, it was Hitech GP’s Roman Stanek and Evans GP’s Pastrik Pasma that set the initial pace, before Zhou’s Formula 2 rival Jehan Daruvala took over at the top for Mumbai Falcons.

When Zhou eventually came to the fore, he did so by over half a second and of the improvements that then came in it was Pasma who got closest as he brought the gap to the front down to 0.143s.

Daruvala was third, while Stanek improved to fourth and Daruvala’s team-mate Kush Maini jumped up the order late on to go fifth before an even later improvement by Pinnacle Motorsport’s points leader Pierre-Louis Chovet brought him back into the top five.

There were several drivers who got docked laps for track limits violations, with Motorscape’s Roberto Faria being the top offender. He looked to have finally got a time on the board when he went 10th quickest late on, but then had that lap deleted too.

It was a similar story in Q2, which sets the grid for the last race of the season, with even more drivers getting caught out by track limits.

This time Faria started the session on top, before his lap was predictably taken away, and it was Pasma who once again then became the early pacesetter. Zhou took until his fourth flying lap to slide into first place, this time by 0.052s.

Daruvala was third again, and Zhou’s team-mate David Vidales was fourth despite several of his laps being deleted. The same went for Stanek in fifth, while Chovet starts five places behind his main title rival in sixth.

Daruvala back at the front in Asian F3 after Dubai misfortune