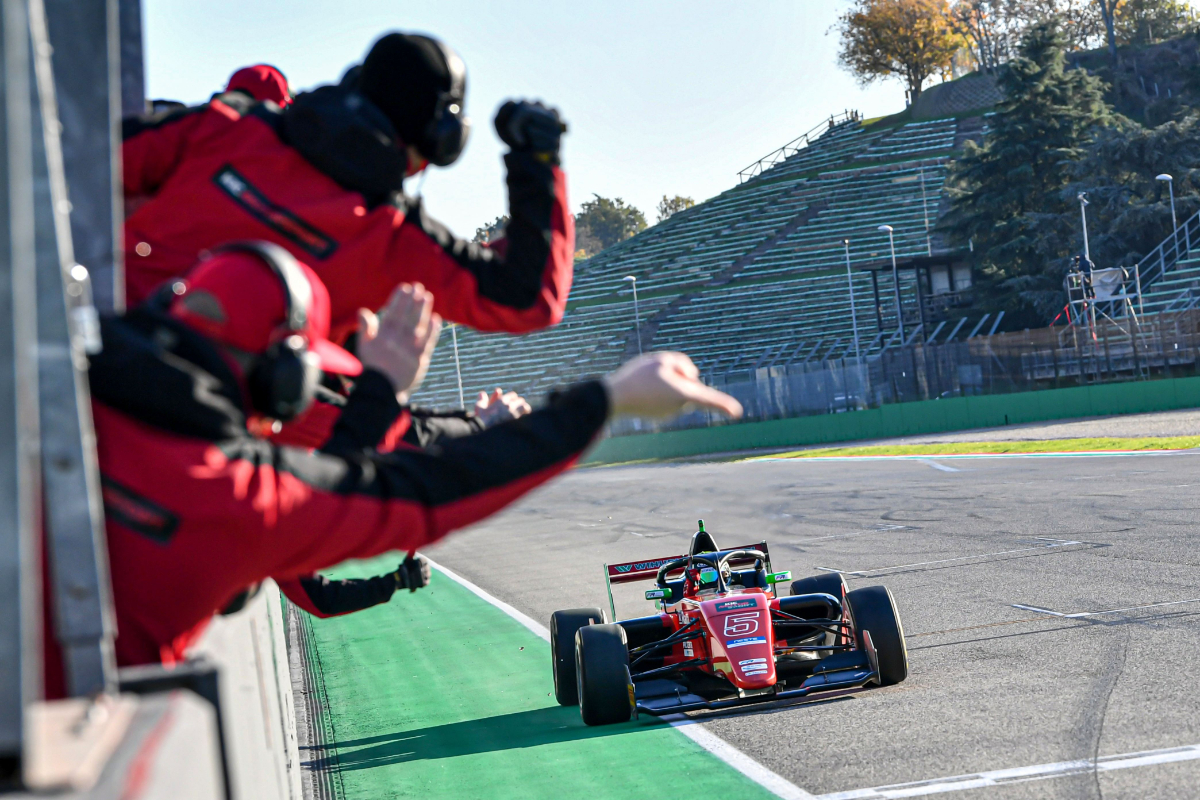 Formula Regional European Championship race-winner Patrik Pasma will remain in the series for a second campaign with KIC Motorsport this year.

The Finn finished fourth in the championship last year with the team and won four races in a breakthrough season.

During the winter he has been driving the same Tatuus T-318 car in Asian Formula 3, and has become a winner there too.

“In the second half of the season Pasma was a familiar sight on podiums. However even though fourth position was also a big joy, it was also a small disappointment.

“Therefore we believed that our mission was interrupted. Now in the 2021 season our mutual goals are to finish what we started a year ago.”

Pasma will be team-mate to Nico Gohler, with Petri’s son Konsta Lappalainen also expected to be part of the outfit’s line-up for a third straight season.

“We strongly believe that we will face a very high-competiton series and also believe that Patrik Pasma is the right person to share his know-how for our two younger drivers,” Lappalainen Sr concluded.

Before racing in FREC, Pasma was a race-winner in British Formula 4 and also raced in the Formula Renault Eurocup, another series which utilised the same Regional F3 car as FREC and Asian F3. The Renault engine from that series will now be in the FREC chassis, with the series having previously used the same Alfa Romeo units that appear in Asia.