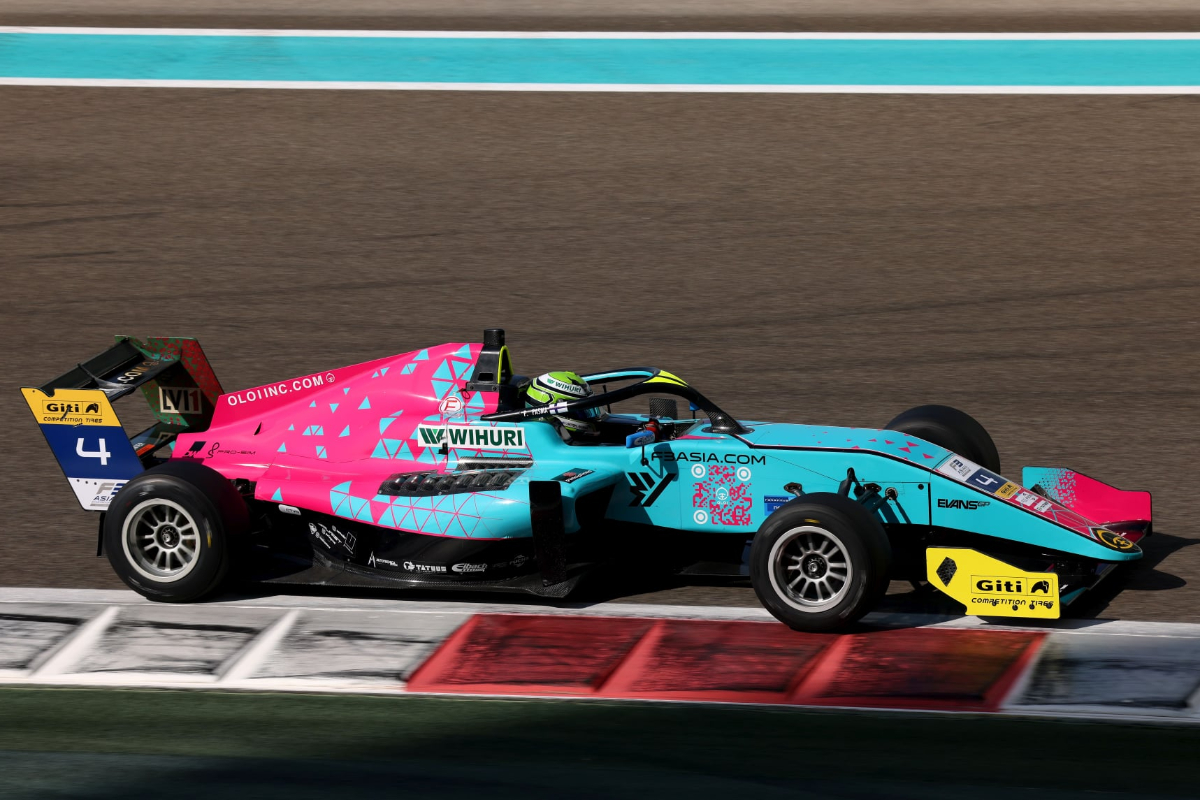 Evans GP driver Pasma passed poleman Zhou on the run down to Turn 1 on the opening lap to assume a race lead he’d hold until the chequered flag 30 minutes later.

A lenthy post-race investigation led to Pasma then being penalised five seconds for speeding under yellow flags, handing Zhou the win.

Abu Dhabi Racing by Prema’s Zhou was unable to challenge Pasma in the race, who earlier in the day announced he’d be returning to Formula Regional European Championship with KIC Motorsport later this year.

As a result of the switcharound in positions, Zhou cut dramatically into Pierre-Louis Chovet’s points lead.

Hitech GP’s Roman Stanek, was on course for his first podium in third place before the 16-year-old stopped on track with a suspected mechanical issue with just four minutes remaining.

Mumbai Falcons’ Kush Maini instead inherited his first podium finish of the season.

Zhou’s team-mate David Vidales, who climbed from eighth to fifth on the opening lap, was promoted to fourth place following Stanek’s misfortune before being docked for the same offence as Pasma and dropping to sixth behind Hitech’s Nissany and Chovet.

Pinnacle Motorsport driver Chovet was shuffled backwards on that first lap to sixth place and he was demoted to seventh place by Nissany shortly afterwards. He claimed sixth place at the chequered flag before gaining an extra spot.

Sixth place marks the first time Chovet has finished outside of the top five this season. His points lead is reduced from 32 to 17, with two races remaining.

F2 race-winner Jehan Daruvala fell out of title contention with a muted run to seventh, ahead of Hitech’s Reece Ushijima once BlackArts Racing’s Cem Bolukbasi was another to be penalised.

Ushihima’s team-mate Ayumu Iwasa was 10th, running behind British F4 graduate Alex Connor until he was forced to retire in the race’s latter stages.

Zhou took the fastest race lap, earning him pole position for race two ahead of Pasma and Daruvala. Chovet will start from eighth.