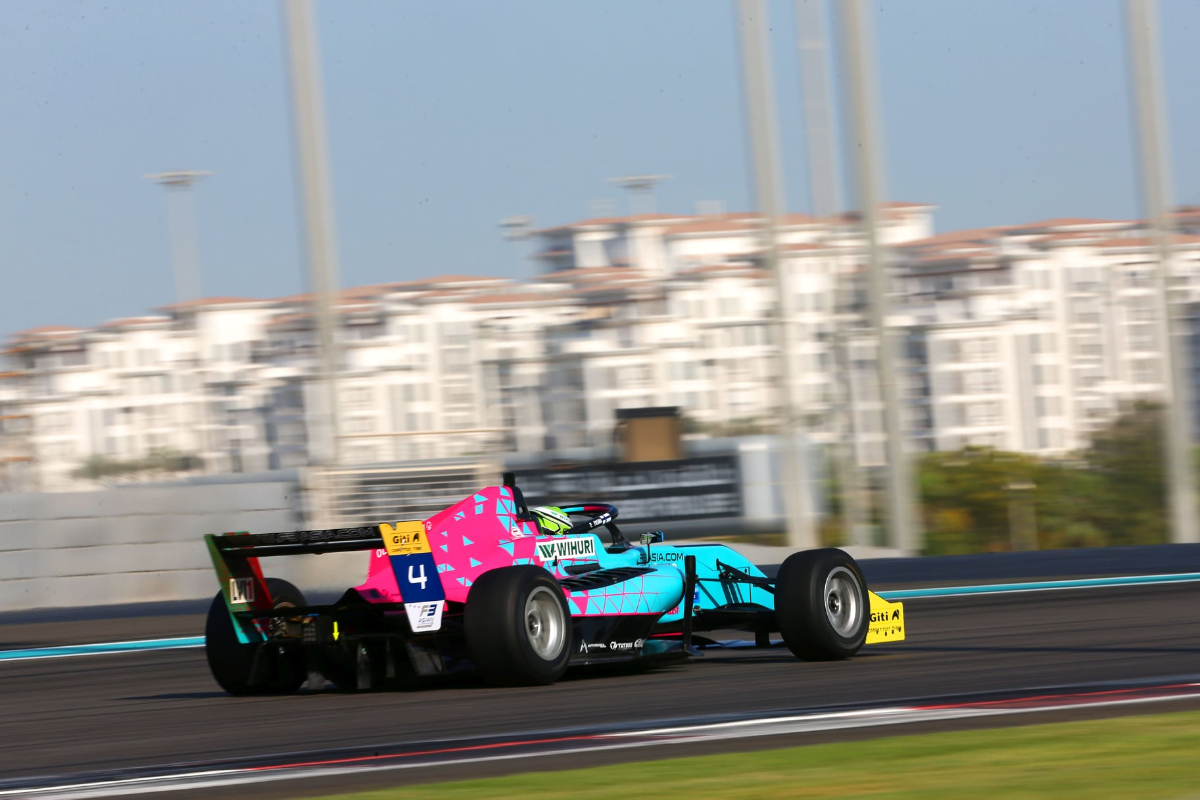 Pasma started alongside Abu Dhabi Racing by Prema driver Zhou and got a better launch to get past the Formula 2 runner.

He was unable to pull away, though, as Zhou and Mumbai Falcon’s Jehan Daruvala gave early pressure – such that Zhou cut the contentious chicane at Turn 9 but re-joining having not gained a position. Regardless, he is under investigation for the move.

The first safety car came out after a collision on the opening lap for championship leader Chovet, as the Pinnacle Motorsport driver came into contact in the midfield with Hitech GP’s Roman Stanek.

Racing resumed with 18 of the 30 minutes remaining, as Daruvala found himself running wide while scrapping with team-mate Kush Maini and Prema’s David Vidales, but without gaining position.

The safety car was called out once more after a collision between Prema’s Khaled Al Qubaisi and Evans GP’s Alex Connor, who had stalled on the dummy grid and was working his way through the pack before the clash.

The race resumed with just a few laps remaining and Pasma and Zhou were able to pull away. Zhou pressured, but was unable to overtake.

Pasma’s win continued his run of podiums, while Zhou has now taken the championship lead from Chovet by a single point.

Daruvala raced on older tyres to save his fresh rubber for the final race later on Saturday, and rounded out the podium ahead of Maini.

Vidales edged BlackArts Racing’s Cem Bolukbasi for fifth, while Hitech’s Roy Nissany finished seventh – but he and Bolukbasi are under investigation.

Pinnacle’s Alexandre Bardinon crashed out on the last lap at Turn 4 and is under investigation – as well as Evans GP’s Irina Sidorkova and Amna and Khaled Al Qubaisi. Amna had served a drive-through penalty for track limits but was pinged again for the offence.