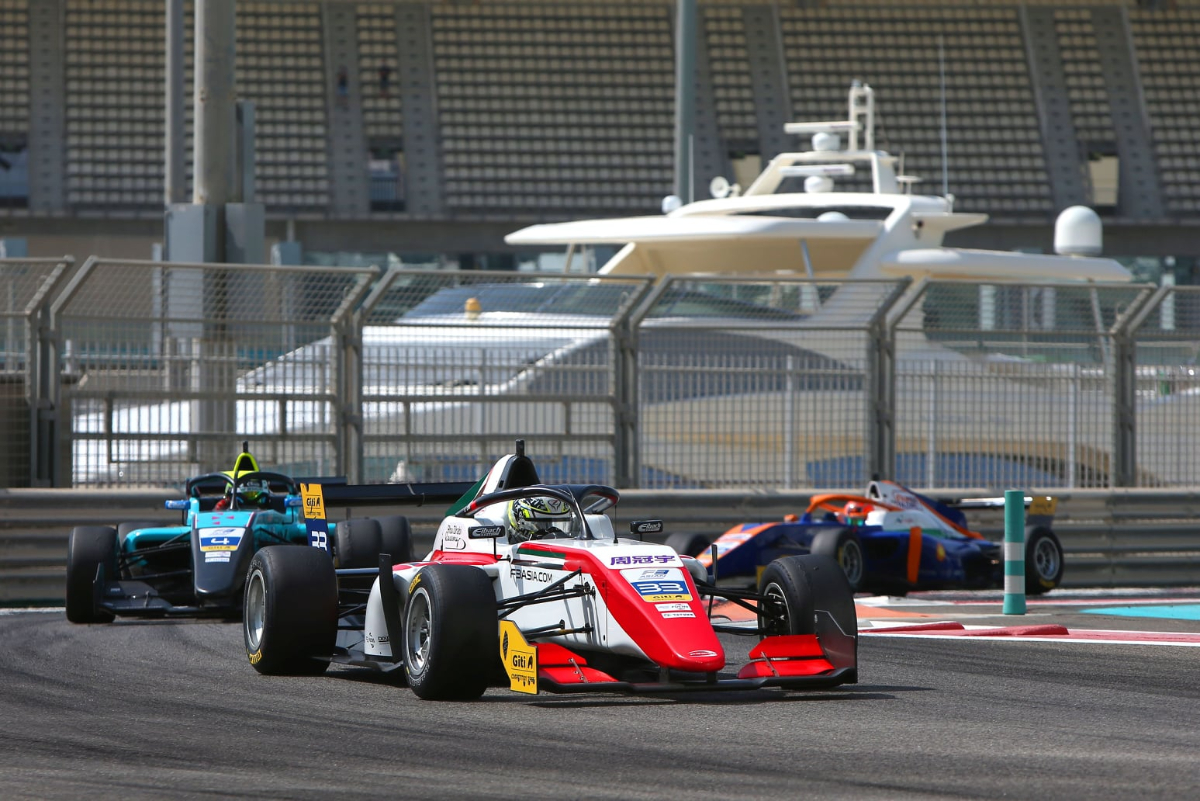 Zhou entered the decider with a one-point advantage over Pinnacle Motorsport’s Pierre-Louis Chovet, with the Frenchman having six wins to Zhou’s three. However, Zhou started on pole while Chovet was sixth on the grid.

The victory in the first race of the weekend had been handed to Zhou earlier in the day following a penalty for Evans GP’s Patrik Pasma, who started alongside him on the race three front row.

Zhou got a far better start than he managed in the previous races to run ahead Pasma into the first corner of the title decider.

A brief safety car intervention for a collision towards the back of the field involving Pinnacle’s Alessio Deledda and Evans GP’ Irina Sidorkova brought the front two back together, but when the race restarted, Zhou was able to pull away.

Pasma then found himself under pressure throughout from Mumbai Falcons’ Jehan Daruvala – who saved fresh tyres for the final race.

Zhou took the race win by 3.297 seconds from Pasma, and the title too, with Daruvala just behind Pasma in third.

Chovet, meanwhile, got past Abu Dhabi Racing’s David Vidales early on – as the Spaniard sank down the order – but was unable to make more progress up the field and was stuck in fifth behind Hitech GP’s Roman Stanek – with whom he collided with in race two of the weekend.

Further back, Motorscape’s Nicola Marinangeli is under investigation for dangerous driving while team-mate Roberto Faria pitted early on and did not return to track. Pinnacle’s Alexandre Bardinon had an unusual moment where he was facing backwards halfway down the back straight but was able to continue, and is under investigation too.