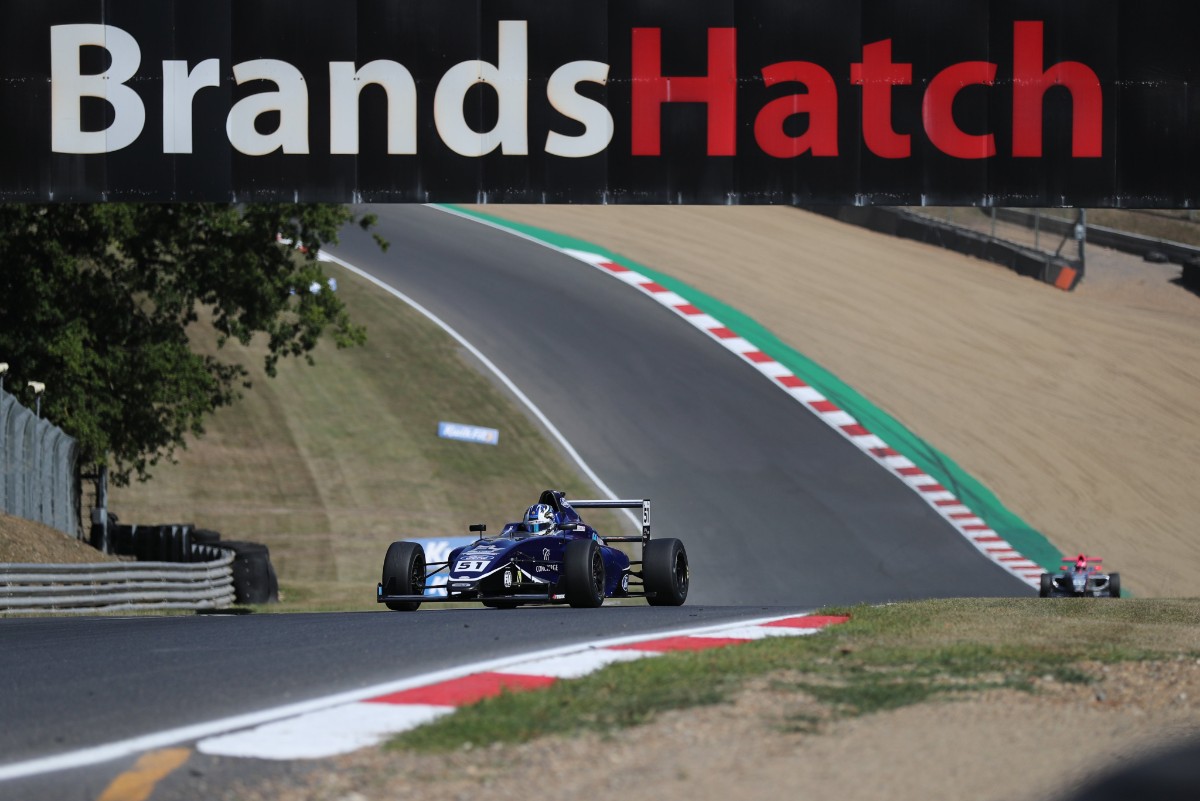 Zak O’Sullivan held off a race-long challenge from Luke Browning to win the first British Formula 4 race of the weekend on Brands Hatch’s Indy layout.

O’Sullivan got a good get away from pole as fellow front-row starter Alex Connor battled Browning. The battle didn’t last long, as Browning dived up the inside of Connor on the opening lap to take second.

Browning clearly had more pace than O’Sullivan and was soon in the Carlin driver’s mirrors. He kept the pressure on O’Sullivan throughout the race, trying to force an error, but the leader didn’t put a wheel wrong and offered Fortec’s Browning no opportunity to attack.

Connor fell back from Browning after being passed and spent most of the race on his own, but closed the gap to the race leaders in the final laps.

O’Sullivan finished 0.391s ahead of Browning to extend his early championship lead, and Arden driver Connor completed the podium.

Christian Mansell was also able to pass Stevenson too and was rapidly closing in on Faria. The Carlin driver was lining up to make a move in the final lap, but didn’t quite have enough extra pace to make it stick.