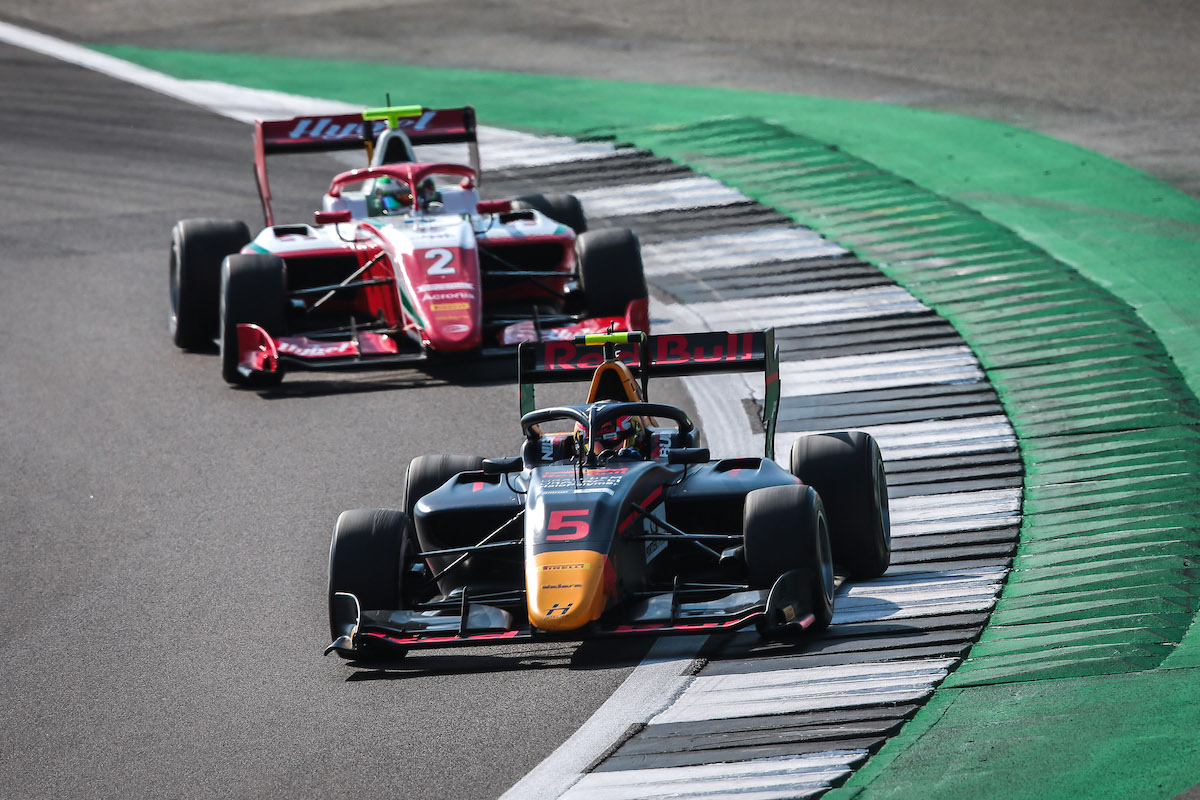 Liam Lawson believes the pace he had in Saturday’s FIA Formula 3 race at Silverstone was similar to his victory one week ago, despite finishing third this time around.

As last weekend, Lawson started the race from the front row, but rather than passing Logan Sargeant for the lead and going on to victory, he slipped to third after a first-lap tussle with Jake Hughes.

He then spent the middle of the race defending from Sargeant’s Prema team-mate Frederik Vesti before closing back up on HWA driver Jake Hughes near the end.

Describing it as one of his hardest ever races, Lawson said that not being out front this time meant that controlling the race was not possible.

“When you’re leading a race it’s different,” Lawson said in the post-race press conference. “You can manage and control it a bit more yourself. So I had good pace on the opening lap last week, I think Logan definitely struggled and I was able to get past and from there it’s easier to manage.

“Today in third, I don’t think the pace was too dissimilar to last week. I think we just struggled in traffic and the first part of the race especially. The opening lap wasn’t ideal, going off, I didn’t have the front grip through the exit of Becketts, and it took a little bit for that to come on.

“I spent the first 50 per cent of the race defending for my life, Vesti was really quick, and then we sort of came on a little bit stronger towards the end. I think we didn’t have such a drop off that Jake did, and we started to come back. Definitely one of the hardest races I’ve ever done.

“I was trying to conserve as much in the first few laps because I know last week we struggled a lot with degradation towards the end even as I was leading, but to be honest we didn’t actually have the raw pace anyway. I think Logan was really quick out front, it was just pulling everybody along and making it really hard to overtake behind I guess.”

Lawson’s hopes of reclaiming second from Hughes at the end were thwarted by a yellow flag on the final lap at Stowe.

“It was the closest I’d been so I’m not going to lie, it was a little bit disappointing,” Lawson said. “He defended well for the last five laps and it would have been tough to get past.”

Hughes said he was “ecstatic” about the yellow flag as he took his first podium of the season for HWA.

“In terms of the result, I was very happy with it,” he said. “It looked like I got a better start straight away than Liam and I was side-by-side for until I think Turn 6. It was a good battle, thankfully we managed to come out in front.”

Hughes also said that the incident between the pair in Austria – that took both out while fighting for the win – did not play on his mind in their battle.

“I have a lot of respect for Liam, especially as a driver,” Hughes said. “Our incident at the Red Bull Ring was not what either of us wanted, and whilst I didn’t think it was particularly my fault, it was a complete unfortunate accident at the same time.

“I had no qualms racing him wheel-to-wheel, and obviously as you can see from lap one today, we played fair and everything worked out, or at least better for me that instance, but maybe for Liam next time.”