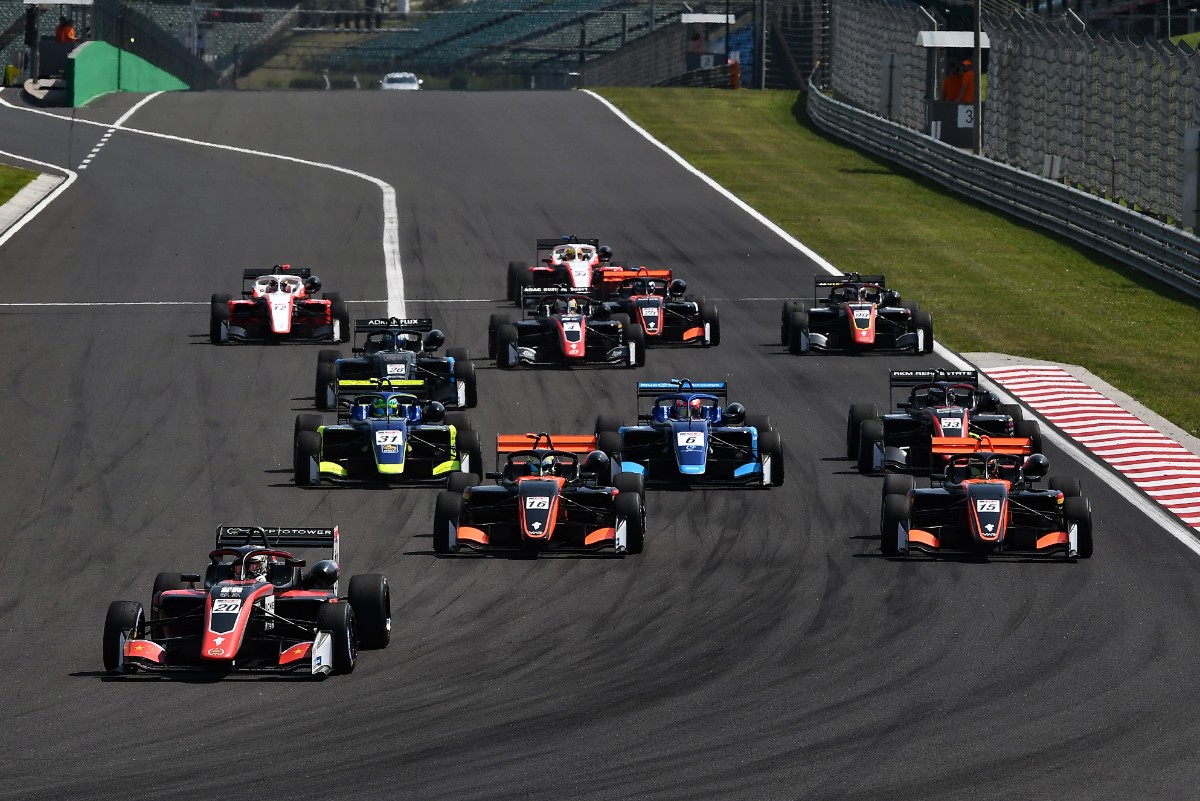 CryptoTower Racing Team’s Yifei Ye dominated the first Euroformula race of 2020 at the Hungaroring, marking the competition debut of the Dallara 320.

The Chinese driver started the race from pole, and made a solid start to escape the threat of an overtake going into the first corner as drives behind went three-wide.

For the first few laps he was hounded by Van Amersfoort Racing’s Andreas and Sebastian Estner, the latter having tried to pass his brother around the outside at the start.

As fuel loads lightened, Ye got even faster and ended up stretching out a 7.415s lead in the 17-lap race. It was the first win for a Chinese driver and first for a Japanese team, although CryptoTower is in essence an offshoot of Motopark

The two Estner brothers broke away from each other at mid-distance, but Sebastian closed back in late on and finished just over a second behind Andreas in third.

Carlin’s Zane Maloney was fourth, making two early errors and then reporting car issues that prevented him from sticking with the podium battle.