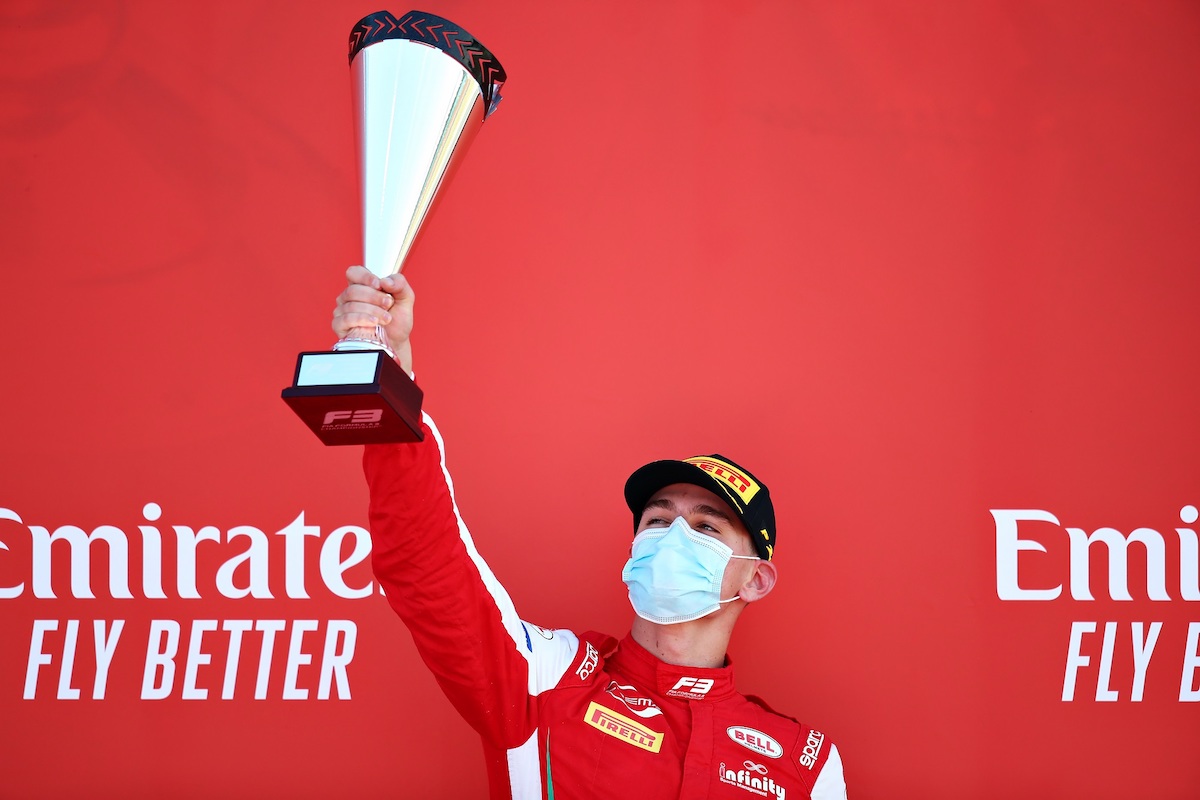 Logan Sargeant feels that he achieved a “clear goal” by taking an “overdue” maiden FIA Formula 3 race win in the second weekend at Silverstone.

The Prema driver took his first win at this level from pole position at Silverstone: his first victory in any category since the 2018 season-ending Formula Renault Eurocup race at Barcelona.

Sargeant, who scored just five points with Carlin last season but now leads the championship after a troubling weekend so far for Prema team-mate Oscar Piastri, feels that this result was a long time coming.

“It feels honestly overdue,” Sargeant admitted in the post-race press conference. “We’ve had so much potential so far this year and we just haven’t put it altogether and today we were able to do that.

“I think if you look at my qualifying so far this year, it’s been extremely good. So if we can just keep that up, coming off a race win, I’m extremely confident for tomorrow and going into Barcelona. [Today has] got to rank at the top [in my racing career], it’s the biggest championship I’ve ever been in and it was a really comfortable and good win.”

“I never stopped believing in myself. It was the first bad year in my career [last year], so I wasn’t too worried. I knew what I was capable of. Coming to Prema, I knew I had the car underneath me, and it’s going really well.”

Sargeant conceded that his performance last weekend, where he also started from pole but slipped to third, was not a result that he was pleased with.

“When I perform the way I did last Saturday, I don’t take that lightly; I learn from it and I came back today with a clear goal and achieved it.

“There’s still so long to go in the championship. I’m really not even paying attention to that at the minute, I’m just taking it a race at a time. It feels really good to get the first win under your belt. That relieves a lot of weight off your shoulders.”