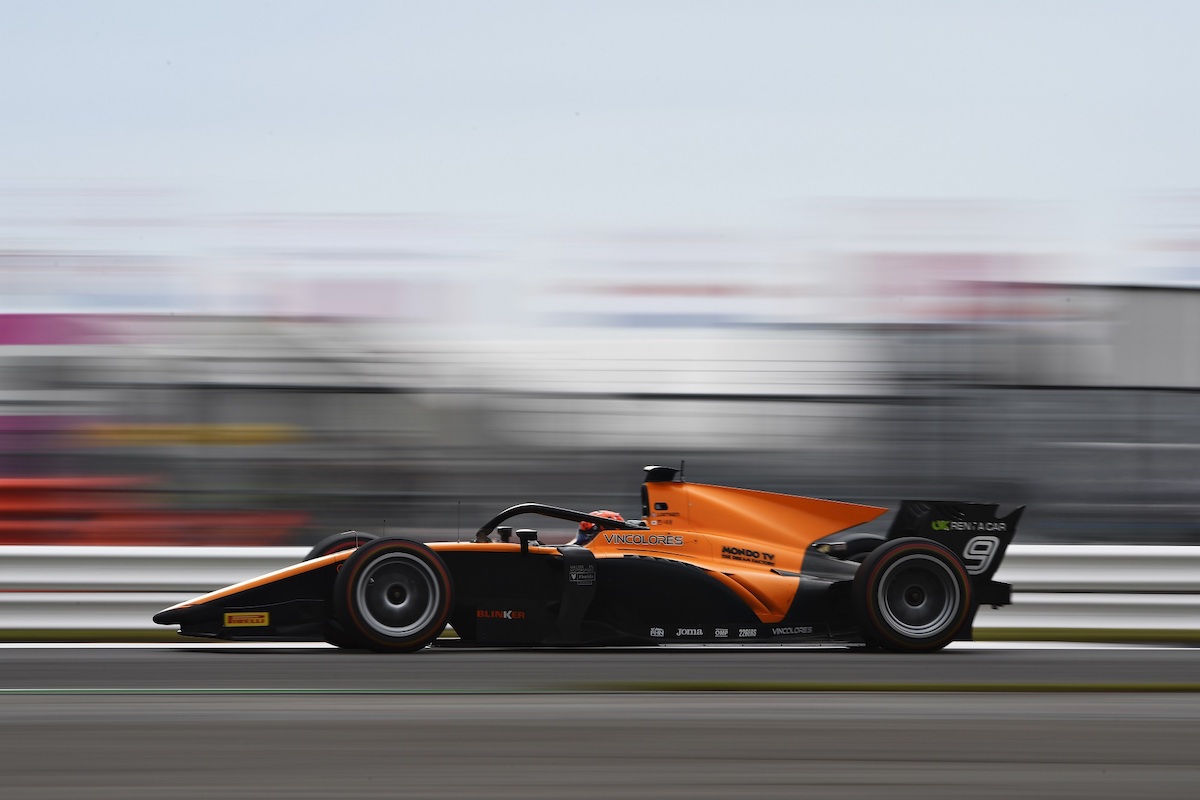 Jack Aitken believes the work put in with the Campos Racing team during recent weeks is starting to show after their difficult start to the 2020 Formula 2 season.

Aitken won three times during 2019 with Campos but has just eight points and sits 15th in the championship after eight races, with race pace on the new 18-inch tyres proving a significant challenge.

After taking third in his best qualifying of the season at the second Silverstone meeting, Aitken said that he is going into Saturday’s race open-minded but is hopeful of a strong points haul.

“I was so happy that I even forgot there was a press conference, so it’s been a bit too long since was in one of these,” he joked after qualifying.

“But we’ve done a lot of work since last weekend. It probably helped a bit that we are back at the same track, which is a bit of a weird occurrence like a lot of things are this year, but I’m super happy.”

“I think race pace is probably more our concern at the moment, but we’ve done a lot of work on that side as well. So I’m going to go into tomorrow with an open mind. It will be interesting to see how the soft [tyre] plays out compared to last weekend [when the medium was the option tyre].

“We’ve probably been a bit on the back foot since testing in Bahrain which was a long time ago and there’s just not that much opportunity to catch up. We’ve put in quite a lot of work in the past three or four weeks and it’s slowly starting to pay off.

“It’s incremental gains and there’s no magic bullet in this series but hopefully we’re getting to the stage where we can fight for those top results again and be back to where we should be.”

Aitken is also hopeful that Silverstone – where he won last year in the sprint race – is where his season really gets going.

“It’s a track that I love to come to and last year was such a high point of the season with winning at home and it was a bit of a weird feeling last weekend that we were just happy to come away with points.

“So we have set our expectations quite differently for the start of this year and this qualifying can be a great way to step forward and get some good points and, as you say, kickstart the season.”