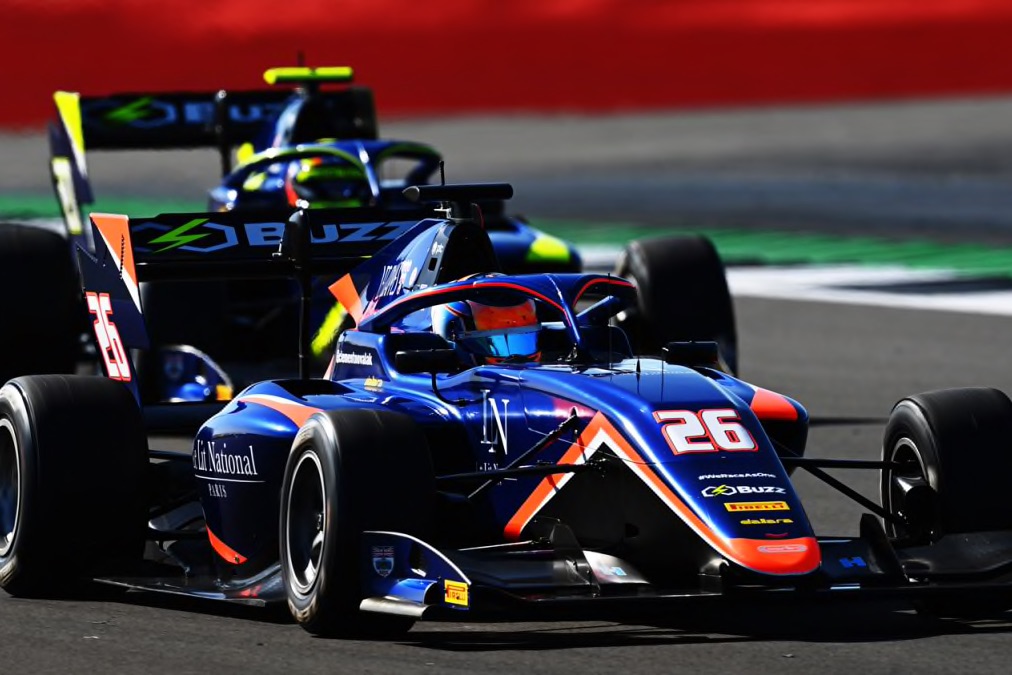 British F3 champion Novalak had originally passed Barnicoat en-route to continuing his strong points-scoring record in race one, eventually taking the chequered flag in ninth after getting ahead of Lirim Zendeli.

However, stewards later established that Novalak had made that pass on Zendeli by going off the track at Stowe.

They determined that Zendeli had been ahead on the inside line when Novalak went wide beyond the kerbs and emerged back on track in front of his rival.

Novalak was given a five-second penalty, demoting him to 13th place and promoting Zendeli to ninth and Barnicoat to 10th.

That gives Barnicoat his first point in a single-seater race since 2016, having made his comeback in place of Enaam Ahmed at last week’s British Grand Prix.

Stewards also handed Matteo Nannini a grid penalty for the penultimate-lap contact with Sebastian Fernandez that left him stranded in the Stowe gravel trap.

Nannini had been on course for his best FIA F3 finish yet when he was challenged for 13th place by Fernandez and made contact with the ART driver.