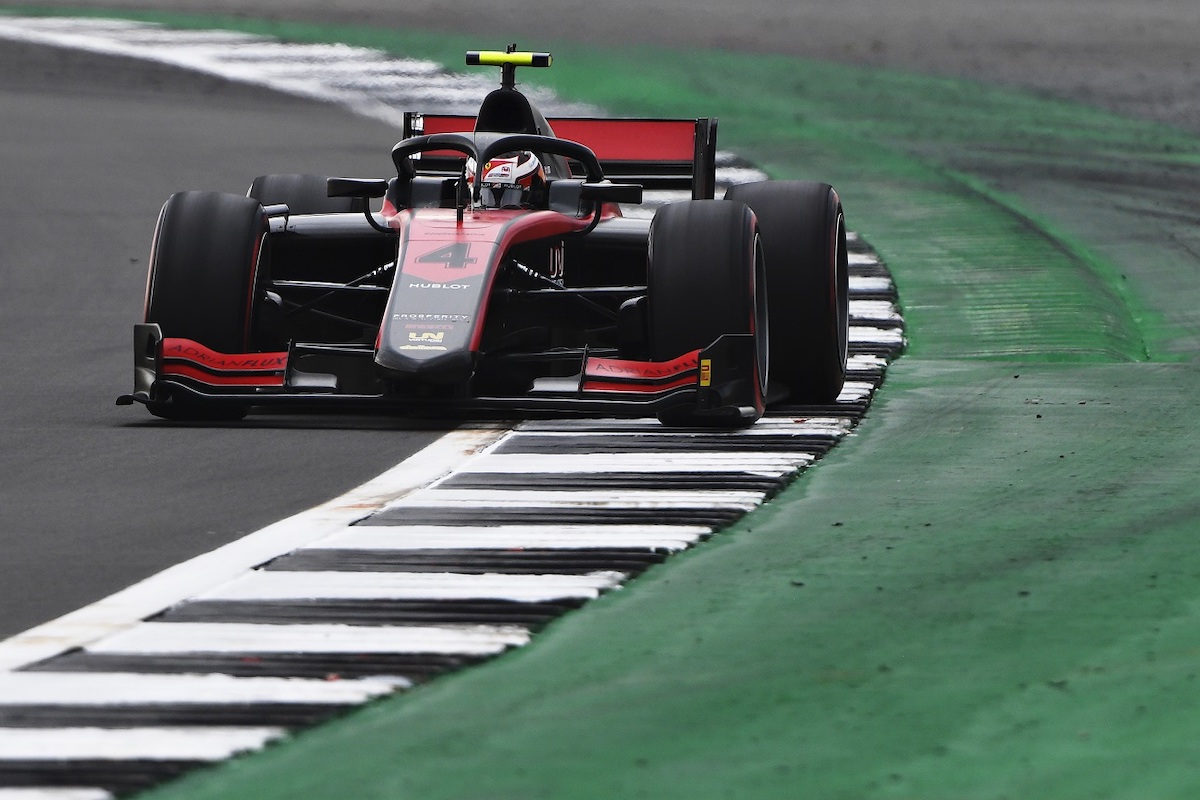 Callum Ilott moved into the Formula 2 championship lead with a dominant victory in the feature race at the 70th Anniversary Grand Prix at Silverstone.

A week after he stalled on the grid, Ilott put in a faultless drive for Virtuosi Racing to make amends and take his second win of the season, eight seconds ahead of Christian Lundgaard.

The polesitter was under pressure from a fast-starting Dan Ticktum on the opening lap, but a mistake from Ticktum at Becketts dropped him backwards and Ilott was free to build a gap to the rest of the field.

Having been passed by Ticktum off the line, Lundgaard reclaimed second after the DAMS driver’s mistake. He tried to undercut Ilott, pitting a lap earlier than the race leader, but Ilott came out of the pits comfortably ahead.

Pitting on lap seven of 29, ART Grand Prix driver Lundgaard struggled with front-left tyre wear throughout the second half of the race, and couldn’t keep up with Ilott as they picked their way through the late pitters.

By the time the pitstops had shuffled through and they were back at the front of the field, Ilott was 10 seconds clear of Lundgaard.

Lundgaard kept pace and was able to marginally close the gap, but still ended the race 8.5s behind Ilott after running off track at Brooklands.

Mazepin started seventh on the grid and was immediately on the move. He was one of the last to pit, running much of the race in second on track behind Mick Schumacher. He couldn’t get the jump on Schumacher in the pits but, with one wheel on the grass, managed to take the Prema driver on track with five laps remaining.

He also managed to find a way past Louis Deletraz in the final laps to take fourth.

Deletraz came home fifth, ahead of Yuki Tsunoda and Schumacher, who came under pressure from Prema team-mate Robert Shwartzman in the closing stages of the race.

Shwartzman entered the race leading the championship, but his eighth place wasn’t enough to keep him at the front of the order, and he drops back to third, two points behind Lundgaard and 17 behind Ilott.

Ticktum meanwhile faded to 15th, voicing his frustrations with a series of angered radio messages.