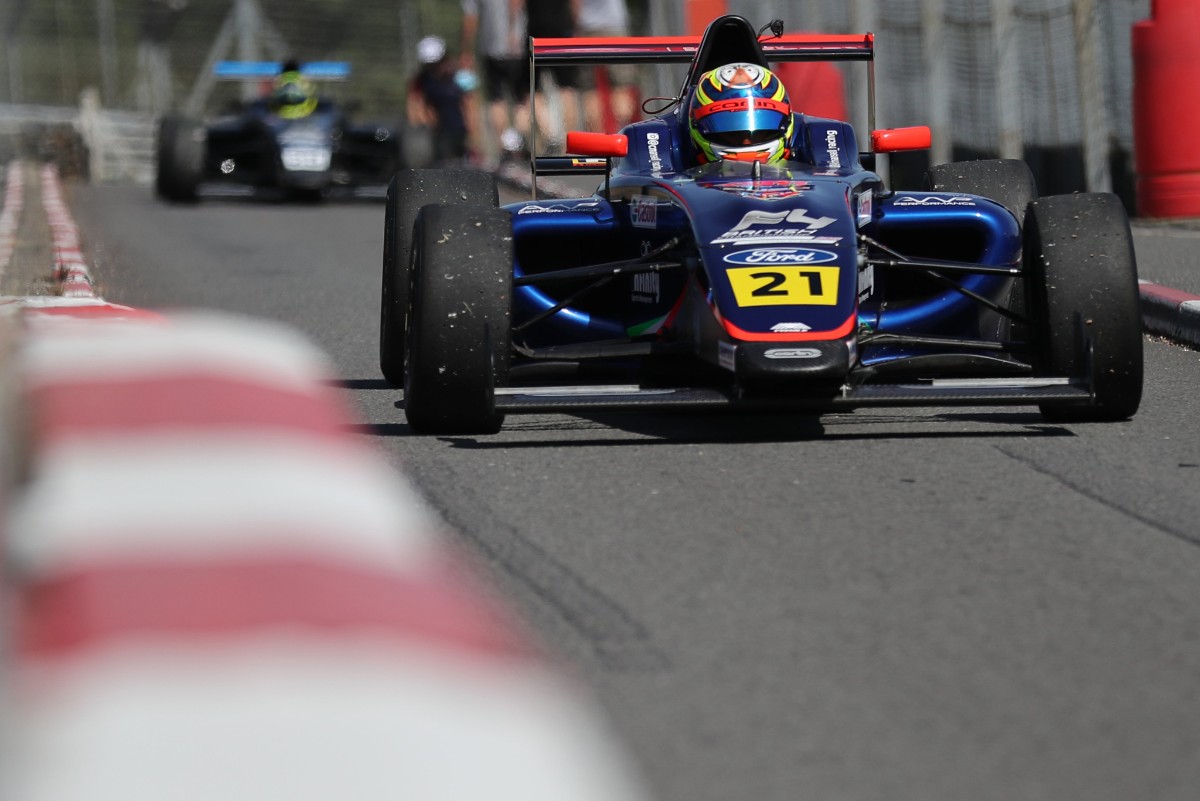 Mansell, who also won the rookie class, was kept honest by Fortec Motorsports’ Roberto Faria throughout the race.

In the final laps, he had Faria, JHR Developments’ Abbie Pulling and Fortec’s Luke Browning all closing the gap to try to snatch the race win, but he offered no opportunities and came home 0.581s ahead of Faria.

It was mixed emotions at Carlin, as Mansell’s points-leading team-mate Zak O’Sullivan slowed midway through the race. He had been running seventh and in the train of drivers challenging Pulling for third when he suddenly dropped to the back of the field before retiring in the pits.

Arden’s Alex Connor took fifth ahead of his team-mate Roman Bilinski, who also had his hands full fending off the charging Casper Stevenson.

Having missed both qualifying and the first race of the weekend with a mechanical problem, JHR’s James Hedley was able to climb up to ninth. He was beginning to challenge Carlin’s Matias Zagazeta for eighth in the final laps but ran out of time before he could pose a serious threat.