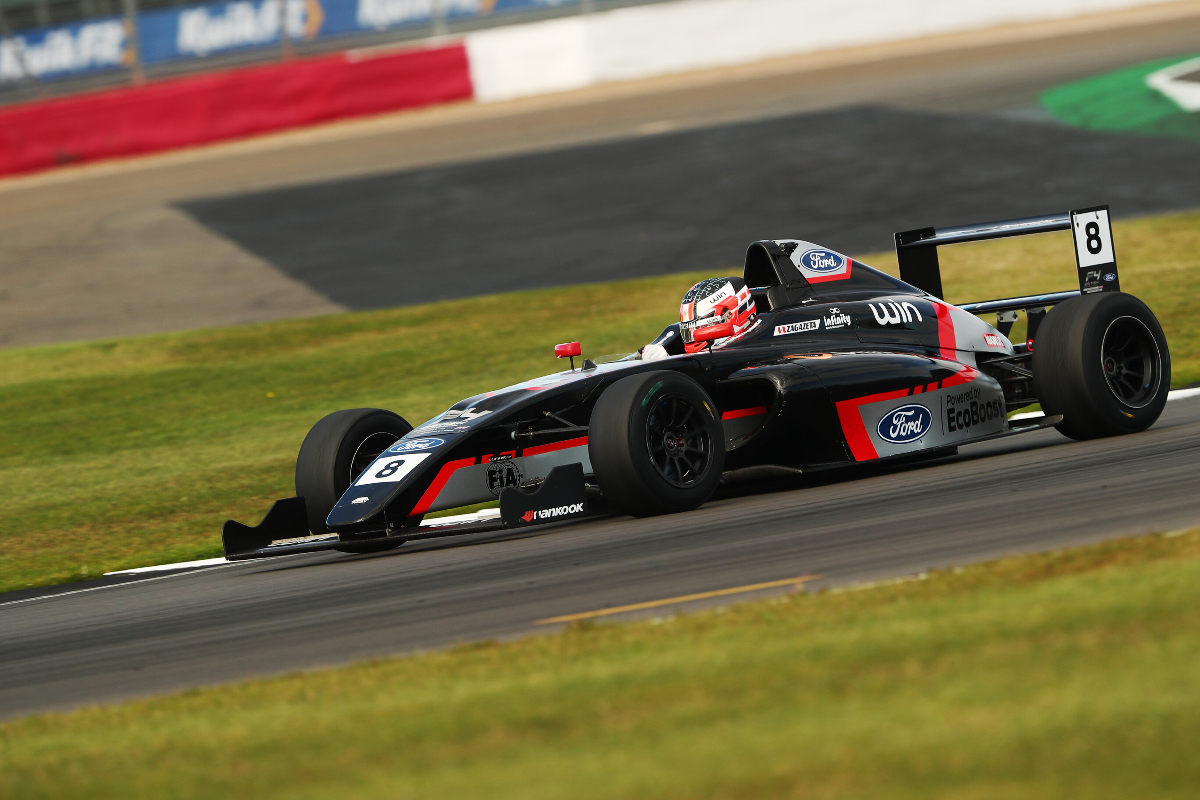 A late charge by Neate brought him to within 0.03 seconds of pole, but traffic in the last sector on his final lap denied him the top spot.

Zagazeta topped the order early on but tumbling laptimes meant he was soon displaced. He came into the pits to make a small set-up change and jumped back up into provisional pole position, only to be demoted to second by title rival Matthew Rees.

However Zagazeta was still on pole for race three, where the grid is determined on second-best laptimes, and actually he had enough pace to lower the benchmark again and reclaim race one pole.

He would eventually end the session with a time of 56.090s.

Rees and McKenzy Cresswell were running second and third late on until Neate managed a strong flying lap to secure second place. Thirs went to Rees, ahead of Cresswell and Marcos Flack.

Championship newcomer Cameron McLeod will start on pole for the reversed grid race as a result of being slowest in qualifying, with Arden team-mate David Morales lining up alongside him.