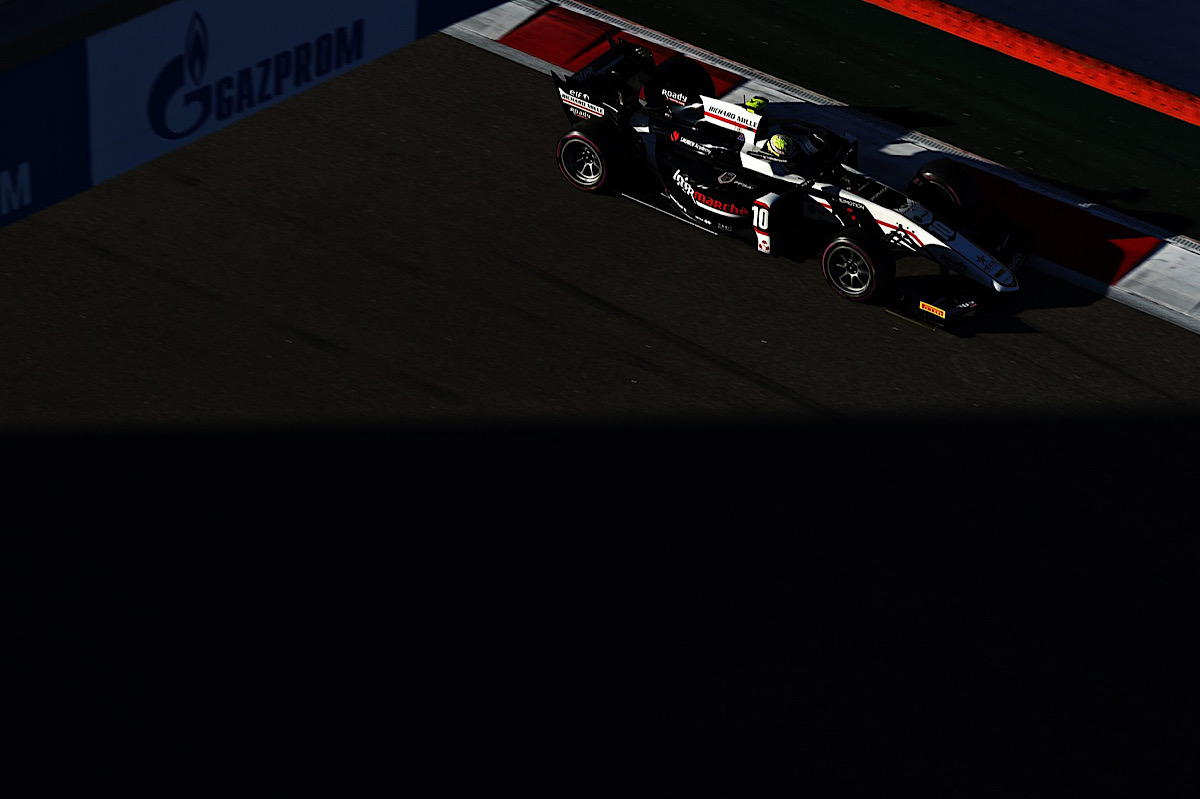 The second FIA Formula 2 and Formula 3 races of the weekend are the big casualties of significant rain covering Sochi during the Russian Grand Prix weekend.

The anticipated rain began to fall overnight on Saturday and prompted the first F2 sprint race of the weekend to be postponed, and the first, championship-deciding, F3 race to be brought forward to Friday.

Conditions did not improve as the morning continued into the afternoon, and Formula 1’s third free practice was predictably called off immediately as the session was set to begin.

With it impossible to run two F2 races, one FIA F3 race and F1 qualifying – the session with the highest priority – before sunset, the decision was made to cancel the second F2 sprint race and the second FIA F3 race, which are determined from the results of the first race of each category.

The new schedule, which continues to be a moving target, is set to feature just one of the four originally scheduled support races taking place on Saturday. F2’s first race of the weekend has been provisionally moved to after F1 qualifying at 16:45 local time with Carlin’s Dan Ticktum on pole.

Should there be further delays, it is entirely plausible that F1 qualifying could run on Sunday morning in addition to the F2 and FIA F3, while the first F2 race gets called off altogether.

Sunday’s weather forecast is set to continue to be wet, but the severity of the rain is considerably less than the weather seen on Saturday.

The originally scheduled third races of both F2 and FIA F3 are set to run on Sunday as normal, with Australian drivers Oscar Piastri and Jack Doohan on pole respectively.