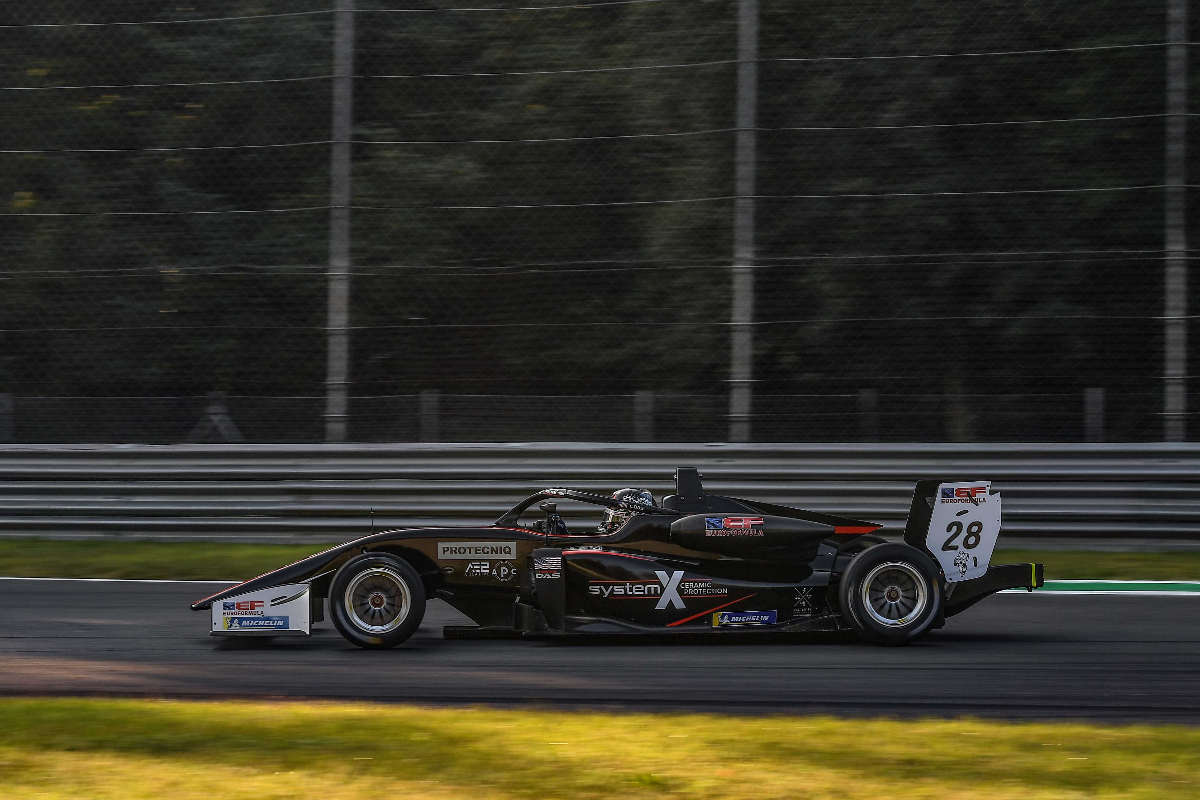 For much of the 25-minute session, the Motopark spent much of his time by himself rather than looking for a slipstream.

Despite that, he held a narrow advantage at the top of the timesheet. For his pole lap, however, he was able to get a slipstream from new team-mate Christian Mansell to pip title rival Louis Foster to the top and claim a crucial extra point.

CryptoTower Racing Team’s Foster was slipstreaming consistently with Das’s team-mate Reshad de Gerus and that strategy worked well for Foster, but in the end not quite for de Gerus as Carlin’s Enzo Trulli pipped him to third after coming on strong late in the session.

Mansell rounded out the top five, with Carlin’s Brad Benavides losing several fast laps on his way to sixth with the speed for a top-four spot.

Enzo Scionti (Drivex), Filip Kaminiarz (CryptoTower) and debutant Nico Pino (Drivex) round out the 13 runners, with returnee team BVM Racing not getting on track with its driver Francesco Simonazzi for unknown reasons.