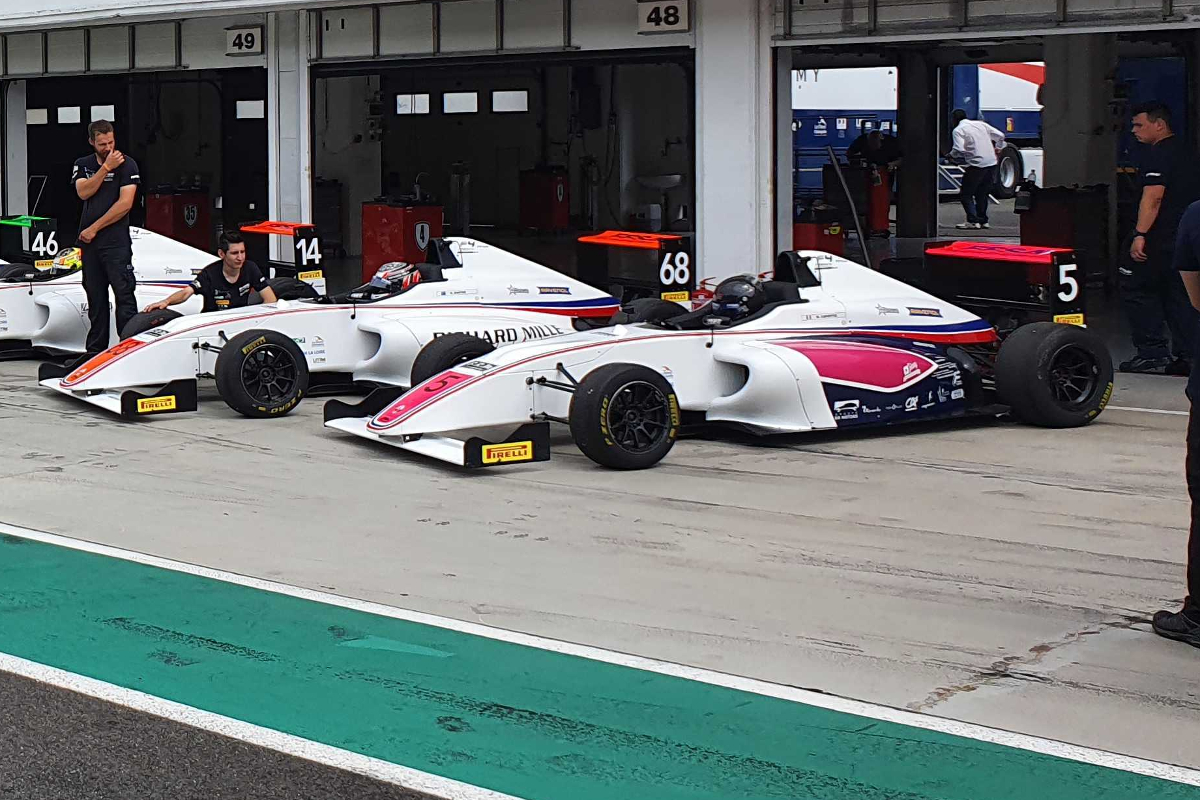 Maceo Capietto and Alessandro Giusti claimed a pole each from French Formula 4 qualifying at Monza, which was twice stopped with red flags.

Elliott Vayron was setting the pace after the first flying laps were set before the first red flag, which occurred when Angelina Favario hit trouble in sector one of the lap.

When the session resumed it wasn’t long before there was another red flag, and this time it was caused by Vayron who got his car stuck in sector one too.

While Capietto only got one lap in before the red flags, he did have a trouble-free session and was able to claim pole with 30 seconds to go.

Before then there had been several drivers hitting the top of the times, with Alessandro Giusti, Daniel Ligier, championship leader Esteban Masson and Hugh Barter all occuping the position at one point.

Giusti was twice in provisional pole position, and he took pole for race three which has a grid set by second-best laptimes.

He was only fifth fastest overall though, 0.189 seconds slower than Capietto and behind Barter, Vayron and Ligier. Vayron had dropped to 12th place while his car was worked on following the red flag, but he was able to return to track just at the end to go third fastest.