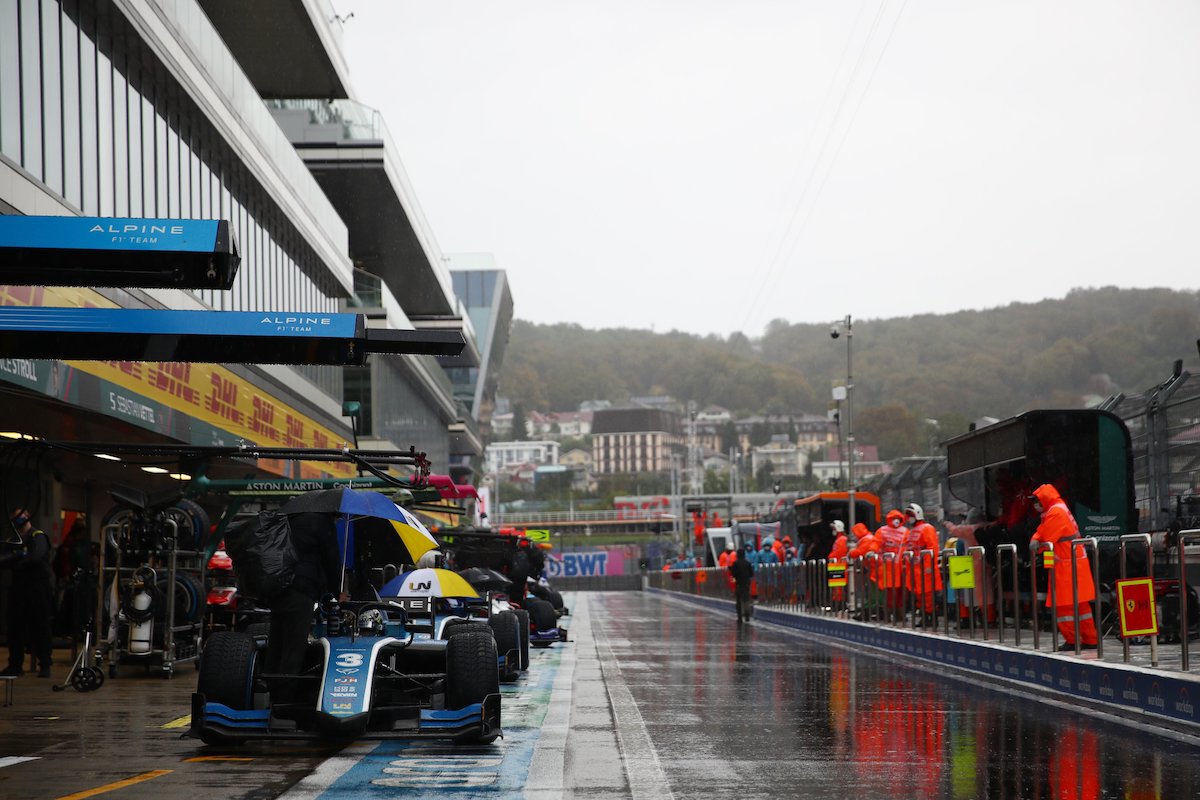 The first Formula 2 race of the weekend at Sochi has been postponed due to the significant rainfall which was predicted earlier in the weekend.

A very heavy band of rain predicted for Saturday arrived overnight and soaked the circuit for the second time this week.

The FIA and Formula 1 already opted to move the first Formula 3 race to Friday, pre-emptively anticipating the rain.

While F2 cars did make their way from the support paddock to the F1 pitlane, the severity of the rain meant that the opening of the pitlane was closed. There was also thunder and lightning for good measure.

An initial five-minute delay was given, followed by a 20-minute one before the decision to postpone was taken.

A packed Saturday schedule should feature Formula 1 free practice and qualifying, as well as two F2 races and one F3 race, but the rain is expected to be very heavy right until sunset – set to be around 18:30 local time.

Should F1 qualifying be moved to Sunday, there should be enough time within the schedule to hold the (scheduled) third FIA F3 and F2 races of the weekend on top of that on Sunday morning all before the grand prix.

Due to the partial reversed grid, Carlin’s Dan Ticktum is set to start the first race of the weekend from pole position, ahead of Hitech GP duo Juri Vips and Liam Lawson, with home driver Robert Shwartzman fourth on the grid.

Championship leader Oscar Piastri is set to start 10th after taking his third successive pole on Friday in the dry.