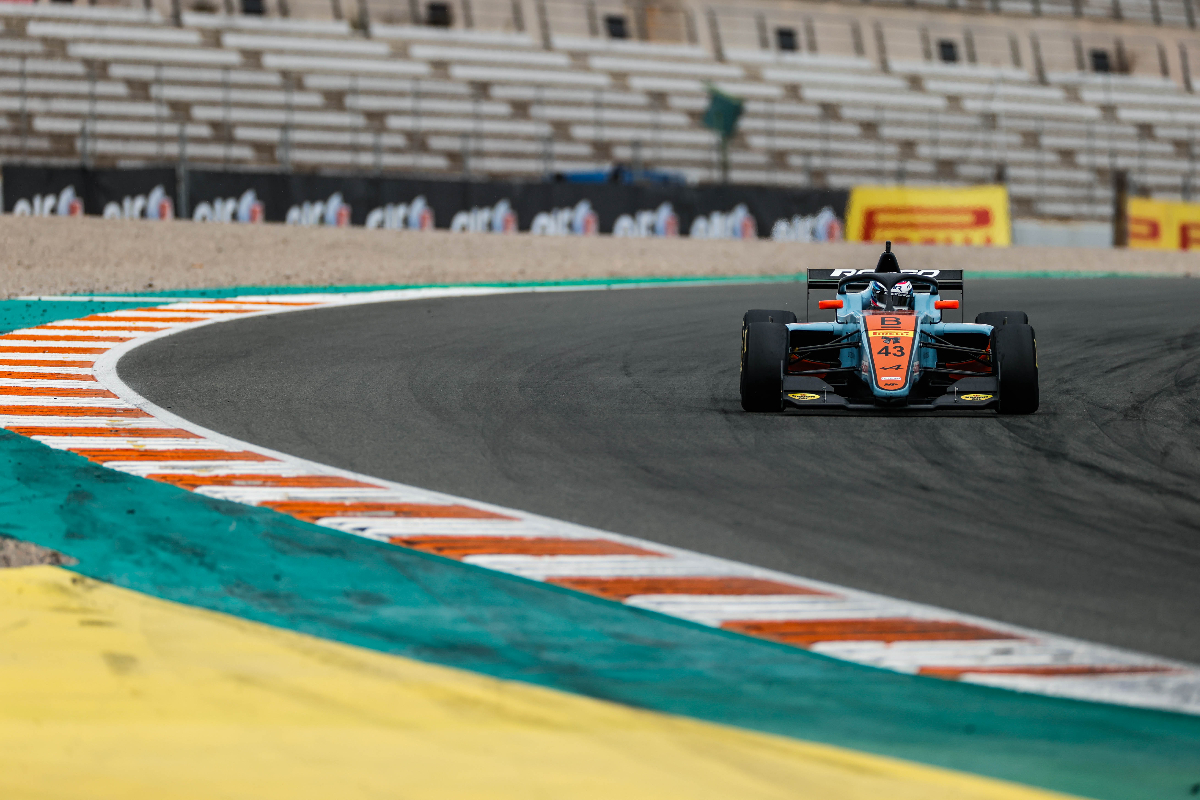 The MP Motorsport driver set the pace in testing and free practice, and made the most of qualifying’s improving track conditions to set the fastest lap at the very end.

Dilano van’t Hoff was first to go out on a quite slippery track on Saturday morning. The Spanish Formula 4 championship leader driver is making his FREC debut with MP this weekend as a guest driver.

Not long after van’t Hoff went on track, KIC Motorsport’s Nico Gohler lost the rear in the braking zone of turn one and spun into the gravel. Qualifying had to be red-flagged as a result so marshals could recover his car.

The full 34-car field cars headed out on track when the session restarted, as no one had been able to set a representative laptime prior to the red flags.

R-Ace GP pair Hadrien David and Zane Maloney were the first to post sub-1m30s laps, but Prema’s David Vidales quickly bettered their times. He didn’t last long on top either as laptimes continued to improve as the track gripped up.

Michael Belov was the first to break into sub-1m29s territory, the G4 Racing driver moving to the top with five minutes to go after clocking a 1m28.993s. Vidales went quickest again with three minutes to go, but there was still a lot more to come.

When it seemed that no one could improve on Vidales’ laptime, Colapinto set a blistering 1m28.769s lap to take pole.