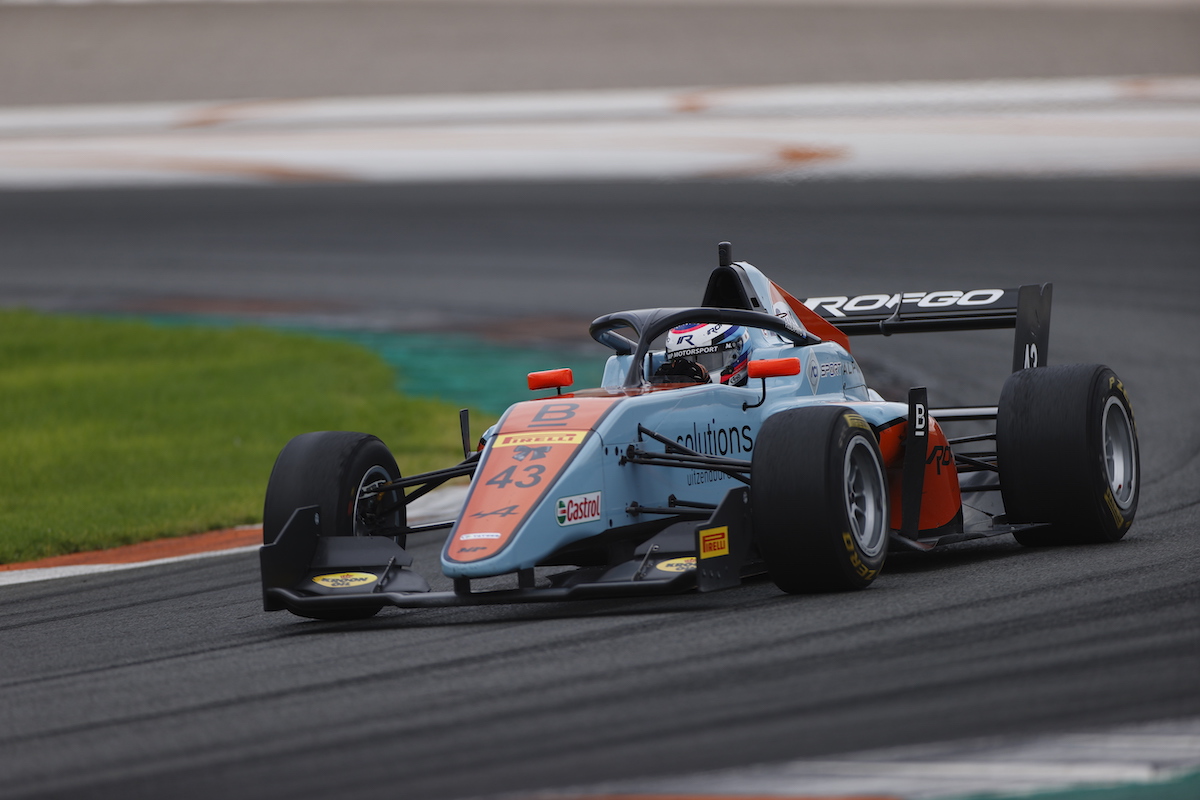 Franco Colapinto took a convincing victory in the first Formula Regional European Championship by Alpine race at Valencia after fending off David Vidales at the start of the race.

This is Colapinto’s second win in the last three races, and the third time he’s taken the chequered flag first having had his race two success in Spielberg taken away due to exceeding track limits.

Vidales stayed within one second of Colapinto for the whole race, but it wasn’t possible for him to attempt a move for the lead of the race.

Third place went to another Spaniard Mari Boya who had a comfortable drive on route to his maiden FREC podium.

As expected, not many moves were seen after the opening lap. Colapinto had to defend hard at the start from Vidales, who had a much better getaway.

In fact, Vidales momentarily took the lead in the exit of Turn 1 only for Colapinto to regain the place as they went into Turn 2.

Van Amersfoort Racing’s Boya also had a good start from third on the grid, and he was able to hold on that position without much trouble.

Prema’s Paul Aron was the only driver to make up places within the top five in the opening lap. The Estonian passed G4 Racing’s Michael Belov for fourth at Turn 11.

Starting from outside the top 10, R-Ace GP driver Zane Maloney made the most of the first lap and moved up four places in order to place himself eighth on the road. This would earn the racer from Barbados four valuable points in the fight for second place in the overall standings.

On the contrary, championship leader Gregoire Saucy dropped two places to 12th. The ART Grand Prix driver wasn’t able to get back into points positions, in what until now has been a weekend full of struggles for the French squad.