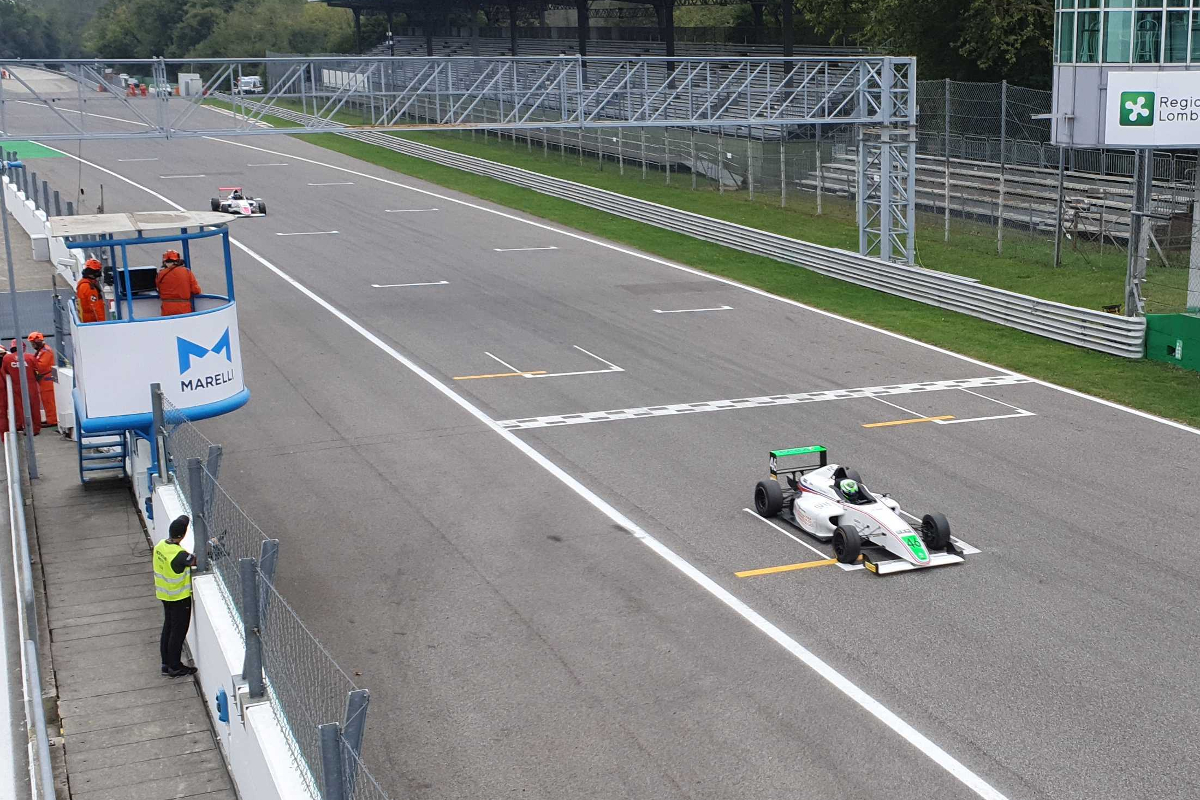 Guest driver Elliott Vayron won the opening French Formula 4 race of the weekend at Monza ahead of Maceo Capietto.

It was Capietto who started from pole, ahead of Hugh Barter, Vayron and Daniel Ligier. Battling between the four on the opening lap led to Vayron passing Barter, at the expense of the latter plummeting down the order.

He wasn’t the only lap one casualty, as Alessandro Giusti just behind broke his front wing and he spent the next lap in the pits.

Capietto had an advantage of just 0.054 seconds over Vayron as they crossed the line to complete lap two of 12, and he managed to actually keep his lead for the whole of the next lap as despite alongside Vayron could not get through and make it stick.

Next time by he was 0.182s behind, with Ligier right on his gearbox, and then Ligier passed both on lap four. He got Capietto first as he squabbled with Vayron, then dragged his way past Vayron on the pit straight.

Vayron was stronger on the brakes and he took the lead as they went into the next lap, and it was one he wouldn’t let go of. He initially pulled away from Capietto, who quickly passed Ligier once he lost the advantage of the slipstream.

In the final third of the race, Capietto set the fastest lap several times and he brought the gap to the winner from 1.7s down to 0.35s.

Due to Vayron’s guest status, Capietto picked iup the points for victory and it pushed him into the championship lead as pre-race points leader Esteban Masson followed up his qualifying struggles with an early retirement after breaking his front wing on lap five.

Ligier completed the podium, dropping seven seconds back late on, and Owen Tangavelou held off Gael Julien for fourth place.

Barter was another retiree, while Giusti was the grateful recipient of two points down in 11th place as he finished the race a lap down.