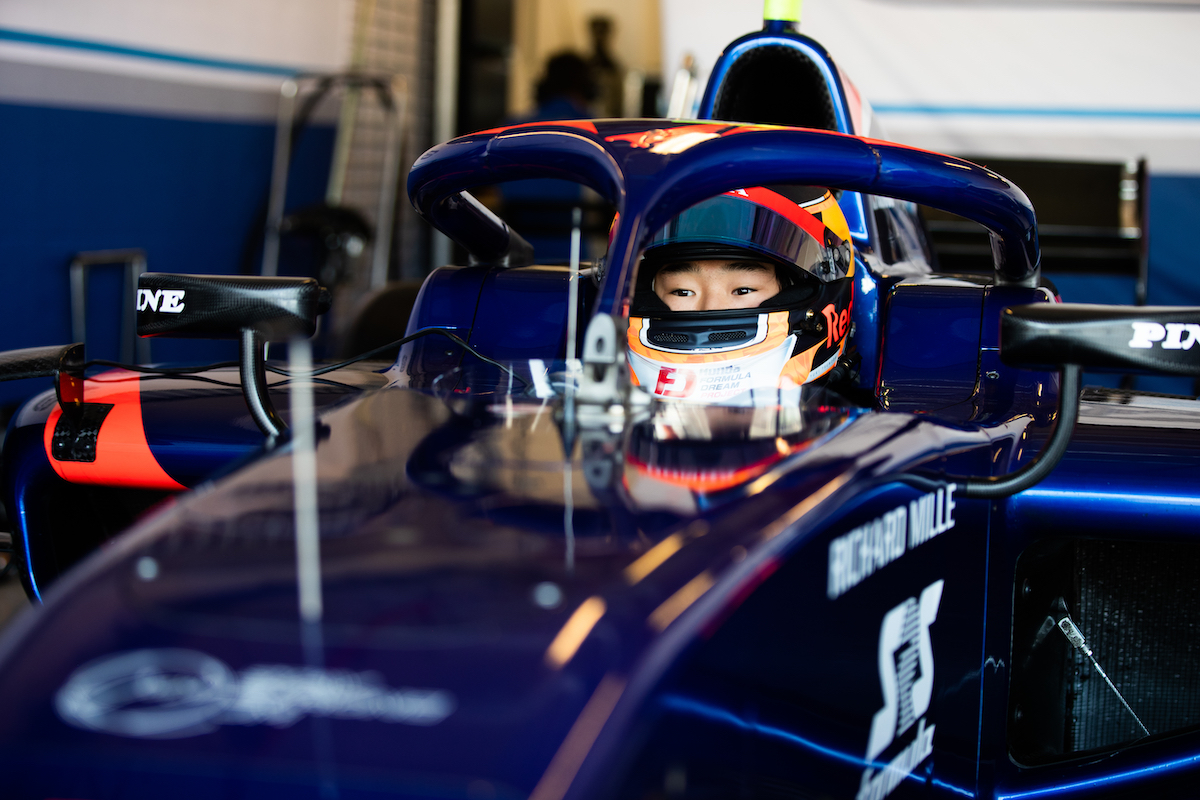 Honda and Red Bull junior Yuki Tsunoda admits he will have a lot to learn by stepping up to Formula 2 this year, but says that such a process is “normal” for him after his maiden European campaign in 2019.

After winning the Japanese Formula 4 title in 2018, the 19-year-old raced in both FIA Formula 3 and Euroformula Open last season and won races in both.

Honda announced on Friday that Tsunoda will now step up to F2 with Carlin after testing with the team in Abu Dhabi last month.

?Honestly I was thinking I might be in F3 for another year, so I?m very happy that people believe I?m capable of the step up,” said Tsunoda, speaking as Carlin confirmed his signing.

“For sure it is going to be a tough year; new circuits, more power, bigger tyres, but then learning a lot during a race weekend is normal for me after 2019 and I?ve learnt so much as a driver.

?Thank you to Red Bull and Honda for supporting me next year; to support my dream to be a Formula 1 driver.

“I want to make some really good results for them to repay their trust and belief in me.?

While Tsunoda was a frontrunner from the start in Euroformula Open for Motopark, his progression in FIA F3 with Jenzer Motorsport was arguably even more impressive, and his team boss Trevor Carlin described his performances as “amazing” given his lack of experience.

?We?re very excited to have Yuki join the team; we watched his performance in FIA F3 last year with great interest,” Carlin said.

“His race performances were quite amazing especially considering it was his first year of international motorsport.”

The signing of Tsunoda comes after Carlin ran fellow Honda-backed driver Nobuharu Matsushita in F2 in 2019, while its relationship with the marque goes back to the days of Takuma Sato’s dominance of British F3 at the start of this century.

“We would like to thank Honda and Red Bull in trusting Yuki with us,” Carlin said. “We?re proud to continue our relationship with both and look forward to getting the season underway.?

Tsunoda added:??I?m happy to be joining Carlin. Carlin is a great team; a lot of the good drivers have been here in this team and been on this path so I know that I follow in good footsteps and I know I will have a good experience.?