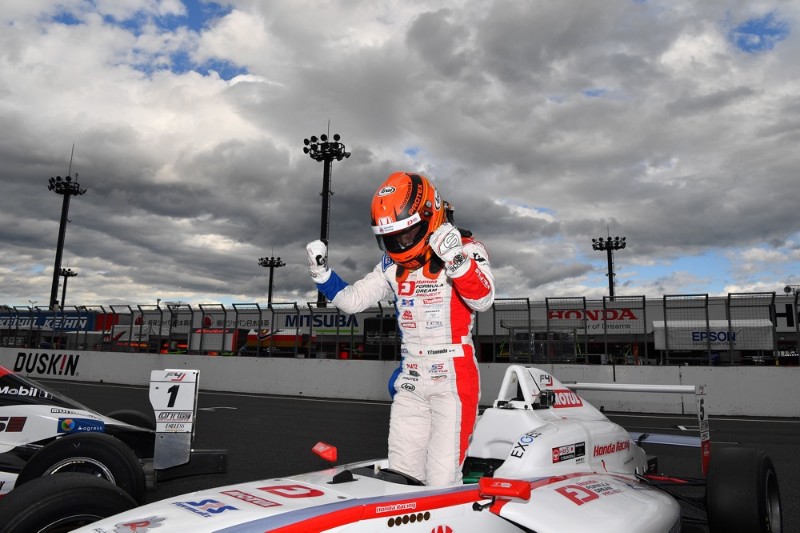 Tsunoda could only be denied the title by team-mate Teppei Natori, who took pole for both races on a damp track.

The circuit had dried in time for the first race, and Tsunoda initially struggled from fourth place. As the race went on he got faster though, moving into second and closing down on his team-mate. Once past the pair remained close, with Tsunoda’s eventual victory margin coming to 1.218 seconds. He extended his championship lead, but it wasn’t enough to secure the title.

Ogura received the bad luck the second time around, breaking his driveshaft on the formation lap. Tsunoda couldn’t make it past his team-mate this time, and any chance of an eighth victory of the season went out of the window with a late race safety car. He could at least celebrate winning the title, with a 14 point margin over Natori.

Kotaka made up for his race one penalty by finishing third, and taking a clear third in the standings. Suganami was fourth again, while Bionic Jack Racing’s Mizuki Ishizaka beat Kawaai to fifth. Rn-sports’ Masayuki Ueda took the Indepents Cup with 22nd and 23rd place finishes.