Home Featured Who will be Brazil’s next Formula 1 driver?
FeaturesFormula 1 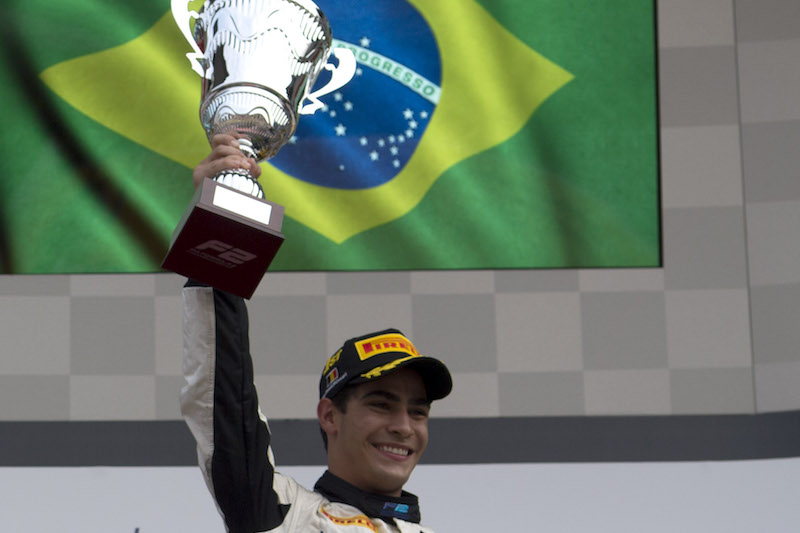 This year has been the first without a Brazilian driver on the Formula 1 grid since 1969.

Go back up to 20 years ago, and the junior categories were awash with well-supported and fast Brazilian drivers. When the 2002 Formula 3000 season began at Interlagos, the top four finishers were home-grown drivers.

In recent times, it has been a very different story. Brazil?s economic situation is very different, and the country?s well-reported financial issues have helped to make it much harder for drivers to raise the funds to race single-seaters in Europe.

A couple of years ago, to prove that point, it could have been said that the only remotely serious Brazilian prospects beneath F1 were called Fittipaldi and Piquet. As this year?s Interlagos race comes around however, things are looking much more positive, with three young Brazilians recently crowned champions in Europe and another two announced this week as F1 test drivers for 2019. Here is our take on them and their chances. 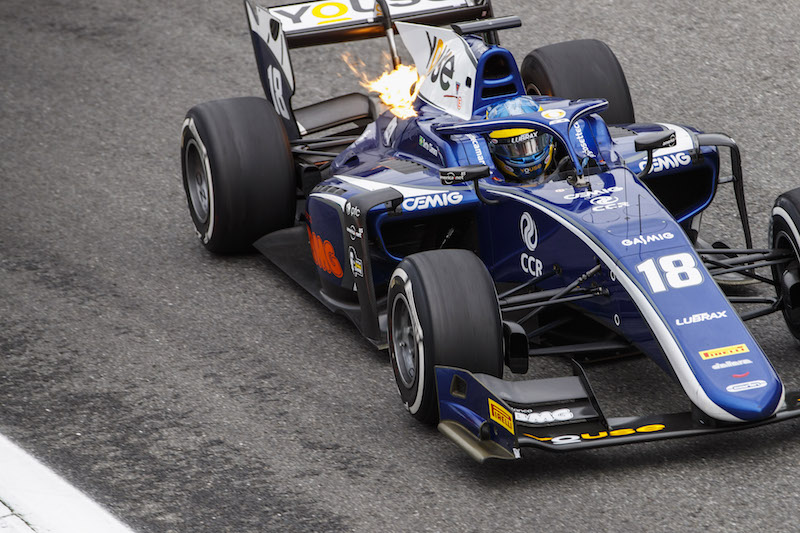 In stark contrast to those heady days of F3000, Sette Camara has been the only Brazilian to race in Formula 2 for the past two years. Aside from a lacklustre second season from Andre Negrao, his campaigns have been the nation’s only representation in the series formerly known as GP2 since Felipe Nasr graduated at the end of 2014.

His move up to that level last year came very early in his career ? he had yet to even win a car race, having undertaken two seasons in European Formula 3 with only a handful of races in Brazil under his belt prior to that.

When he won the Spa sprint race in 2017, he was the youngest driver to take a victory in F1?s premier feeder series since Fernando Alonso at the same event in 2000. There were other promising signs during last season, as there had been during his F3 stint ? he showed enough in his rookie campaign to get Red Bull backing for his second, and was only denied Macau Grand Prix victory in his last race in the firm’s colours by race-veterans-turned-paid-professionals Antonio Felix da Costa and Felix Rosenqvist. He led the event for even longer when he made a comeback in 2017.

This year, he has finally been able to string strong results together, even though he had to learn another new car. Pairing up with Lando Norris at Carlin has been beneficial, and although he lost his youngest winner benchmark to his team-mate in Bahrain, he has impressed in the Briton?s shadows, earning his plaudits. He has even outqualified him four times in the last five rounds. While he has failed to take a win, he could be significantly better off in the standings were it not for awful bad luck.

His strong showings relative to Norris have helped him earn his new McLaren role, effectively taking over as test driver for 2019. The team?s deal with Brazilian oil company Petrobras also appears to have played a part, and some have questioned whether he is really a good enough driver to race for McLaren in the future.

That will remain to be seen, but Sette Camara had arguably been the best unsigned talent on this year’s talented F2 grid, if we consider Alex Albon to already be back in the Red Bull fold. In fact, had Sette Camara been on course for the necessary superlicence points, it?s not hard to imagine that it could have been him getting that Toro Rosso seat.

His programme for 2019 is still be confirmed, but the logical thing would be to return to F2, and he seems likely to start among the title favourites. To live up to that, he would need to continue his improvement, and turn what has become consistent speed into multiple victories. If he succeeds, he will be a serious contender for an F1 seat, particularly if he can bring a financial package on the side. 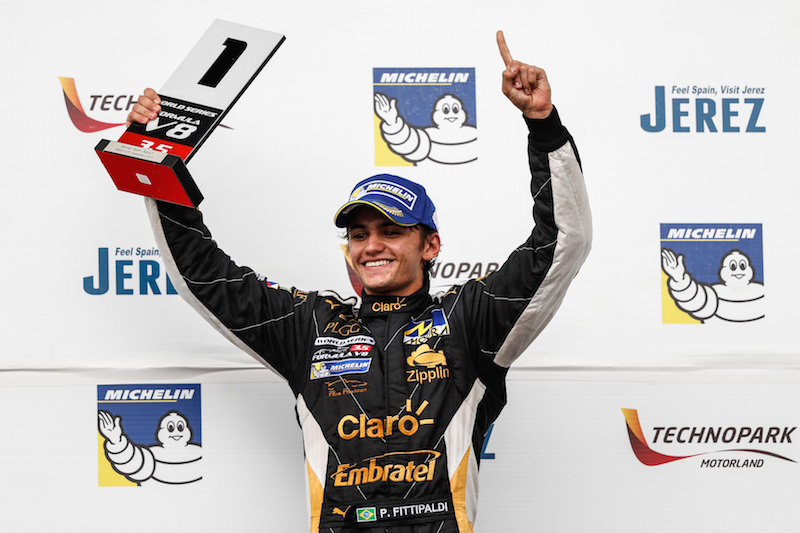 One year ago, Fittipaldi boosted his F1 credentials by taking the final Formula V8 3.5 title. Then, he moved away from the traditional F1 ladder, spurning F2 for programmes across IndyCar, Super Formula and the World Endurance Championship – although a crash practicing at Spa for his planned debut that broke both his legs meant he has yet to race in the latter.

He remained on the radar of one F1 team throughout however, and has now completed a deal to be test driver for Haas next season.

Such a deal suggests both driver and team are serious about going one step further and racing together in future. But there’s one big obstacle to that: Fittipaldi’s lack of superlicence points. That’s something that’s going to be difficult to rectify if he continues to focus on any of the series he entered in 2018, given that are full of professional and experienced drivers, and therefore difficult to succeed in, yet aside from IndyCar?they don’t offer the full quota of points. To get the 20 points he still needs to find, he would need to finish in the top three in the IndyCar standings. His best finish from six starts this year was ninth.

His best chance will likely be if his Haas deal prompts him to compete in F2 after all. But even that won’t be easy: consider how tough his former Formula V8 3.5 team-mate Louis Deletraz has found the going in his two seasons so far. 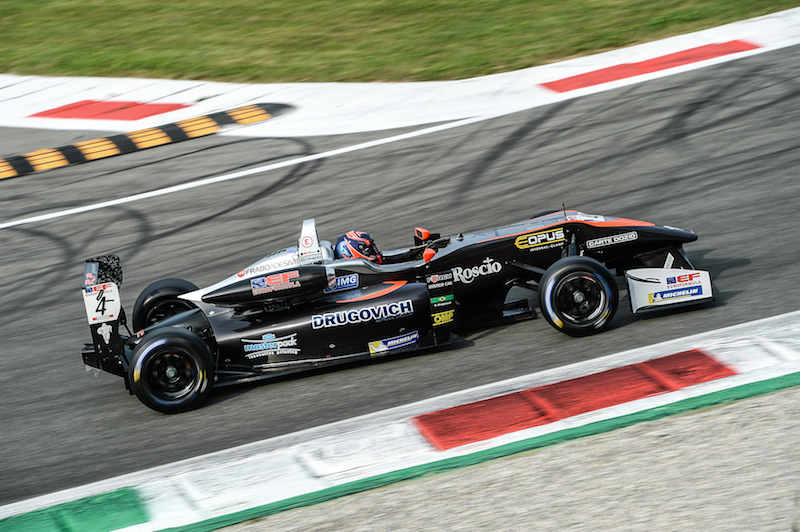 It?s not always the case that the Euroformula Open champion can be considered to be a serious F1 prospect, but Drugovich certainly can be. The evidence of his ability is less his dominance of the F3-based series, where he won 14 out of 16 races, and more what he did in ADAC Formula 4 in 2017.

He won more races than anybody else in the competitive German series ? six wins compared to three for Marcus Armstrong and just one for the eventual champion Juri Vips. Drugovich was extremely unlucky not to win the title: numerous retirements mostly out of his control had left him playing catch-up, and just when he looked set to overhaul the Prema pair at the final round, he suffered a car failure.

Vips and Armstrong went on to shine in European F3 this year, and it?s safe to assume Drugovich would have been at a similar level had he taken part too with a competitive seat. Instead, he saw the cheaper Euroformula Open with a top car from RP Motorsport as a better value option, and he annihilated the competition.

Whether Drugovich gained anything other than the title from what appeared to be such an ?easy? season is questionable, but he did confirm his considerable potential.

It could be funding that limits Drugovich?s ability to win against tougher opposition going forward, even though the family truck parts firm was one of Felipe Nasr?s early sponsors.

The new FIA F3 is his logical target for 2019, where he?s likely to be reunited with Vips and Armstrong, but Drugovich has already started to consider America as an alternative, just as many of his compatriots have done before him. Such an outcome already would be a damning indictment of the situation that modern Brazilian racers face. 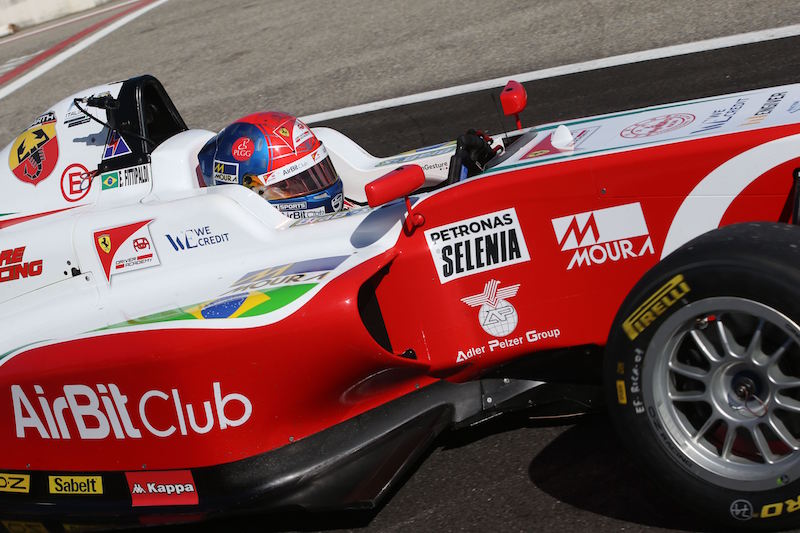 Of the Fittipaldi grandsons, it’s younger brother Enzo that might be the better bet to make it to F1 in the future. The Ferrari Driver Academy showed an interest in Enzo from an early age ? in fact, he was too young to take up his first invite for an F3 test at Fiorano, meaning Pietro had to fill in for him, but Enzo joined the programme in time for his first full single-seater season last year.

His winless campaign in the Italian F4 as part of the same Prema team as champion Marcus Armstrong wasn?t particularly impressive, but he had a lot less experience than the New Zealander, especially as he wasn?t also contesting the German series.

This year, he did do the full German series and wasn?t a match for third-year driver Lirim Zendeli, and he had to work hard to see off his Italian series rival Leonardo Lorandi of the smaller Bhaitech operation, overhauling him at the final round. Nonetheless, Fittipaldi still showed strong progress from his rookie campaign, particularly relative to Lorandi.

With his name, strong backing, Ferrari support and access to top teams, there is no questioning that Fittipaldi will have every opportunity to make it to F1. But he will only make it if he is good enough and achieves the necessary results. Taking another title should he contest the new European Regional F3 series with Prema next year would be another good step towards that. 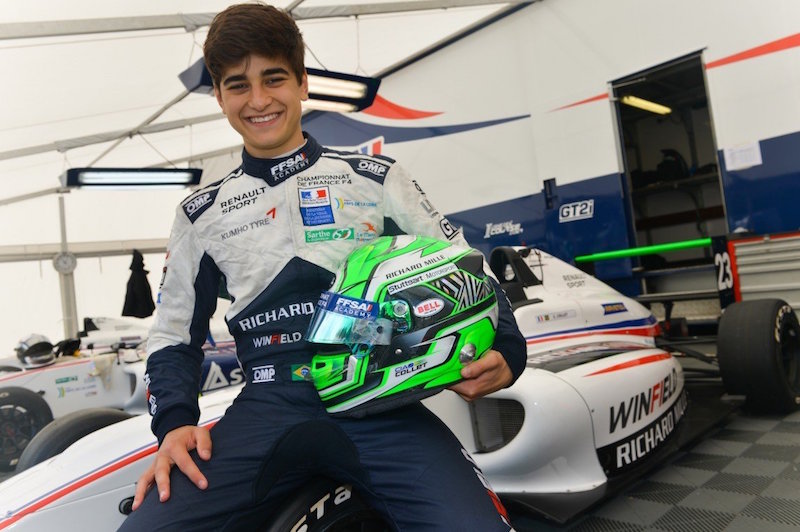 He is the driver in this list at the earliest stage of his single-seater career, but Collet is perhaps the best bet among the five to make it to F1 in the future.

Key to that is that he?s managed by Nicolas Todt, who set about bringing Collet into the junior single-seater ranks a year ago once his previous major protege Charles Leclerc had graduated to F1. Having also guided Felipe Massa?s career, Todt selected Collet as the Brazilian karter he thought could best follow in those footsteps.

With such a billing, the conclusion to Collet?s karting career was underwhelming, something perhaps best contributed to his Birel ART chassis. But he quickly made an impact in cars, firstly winning in the UAE Formula 4 series in January and then claiming the revived Volant Winfield contest.

This earned him extra support for an already-planned move into French F4, and so it was little surprise that he wound up as champion. To achieve that, however, he had to see off a particularly strong field of competition. A double win in round two on the streets of Pau stomped his authority, and he gradually pulled away.

What he does in 2019 remains to be seen ? he could race the Tatuus F3 car in either Formula Renault Eurocup or WSK?s European Regional Championship, while the leap up to FIA F3 can?t be ruled out either. But with Todt and partners guiding and financing him, he will have everything he needs to maximise his ability, and the early signs are that he?s got plenty of that.