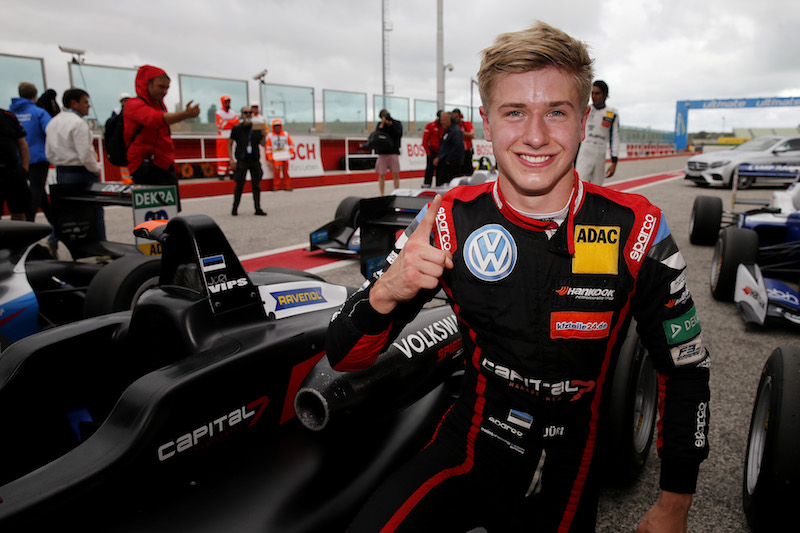 Juri Vips has joined the Red Bull Junior Team in time to race in the firm’s colours at this week’s Macau Grand Prix.

The 18-year-old Estonian had been linked with the Red Bull programme after his highly-impressive rookie European Formula 3 season, where he took four wins and came fourth in the standings.

Tipped to move into the new Formula 1-supporting FIA F3 series for 2019, Vips will make an early debut for Red Bull at Macau this week alongside 2017 race winner and Motopark team-mate Dan Ticktum.

Red Bull has not commented on its plans for Vips after Macau.

“In a way I am going into it a bit blind as I have never been there before,” said Vips. “But I am making sure I am well prepared, watching the videos, running in the sim, learning everything I can before I get there.

“There is nothing better than having a fast teammate. With Dan’s win last year and the team’s experience at Macau I should have everything I need. I certainly have a good feeling about it.

“I do like street circuits, Pau was great. Not so much the results as qualifying was a bit of a mess but I certainly came away with a very good feeling. I think the track suits me and I think Macau will too. I believe anything is possible.”

Ticktum and Vips are part of a particularly strong line-up from the German outfit in Macau, with Joel Eriksson making his return and last year’s defeated hero Ferdinand Habsburg moving to the team from Carlin.