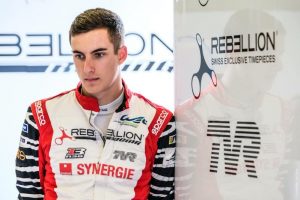 Factory LMP1 driver Thomas Laurent is set to make a surprise Formula 2 debut with Arden in the Abu Dhabi post-season test, with an eye on a future single-seater race programme.

The 20-year-old Frenchman karted in his home country and internationally until 2015, when he made his car racing debut in Thailand. Since then he has raced in prototypes, winning the 2016 Road to Le Mans LMP3 championship, finishing seventh overall in the World Endurance Championship last year and winning the LMP2 class in the Asian Le Mans Series and at the Le Mans 24 Hours.

This year he currently sits third overall in WEC with Rebellion Racing, having taken victory in the Silverstone 6 Hours. He also made a one-off appearance in the French GT4 Cup, and is now looking to single-seaters.

“Taking part in the test is a great opportunity for me. I’m really happy to have the chance to get behind the wheel of Arden’s car. This will be the first time for me [in a single-seater,” Laurent told French publication AUTOhebdo.

“As a driver it’s always very exciting to discover a new car. I can’t wait to try it and see if I’m comfortable with it, on this Abu Dhabi circuit that I will also discover. I’m going to have the opportunity to spend time with the team before the F2 test.

“It’s important for me. I want to show what I can do, and why not run a programme in parallel with WEC.”

Arden has run Maximilian Gunther and Nirei Fukuzumi in F2 this year, and are currently 14th and 17th in the standings. Silverstone sprint race winner Gunther has already signed a deal for 2019 with Dragon Racing in FIA Formula E.

Estonia: The underdog that keeps on achieving