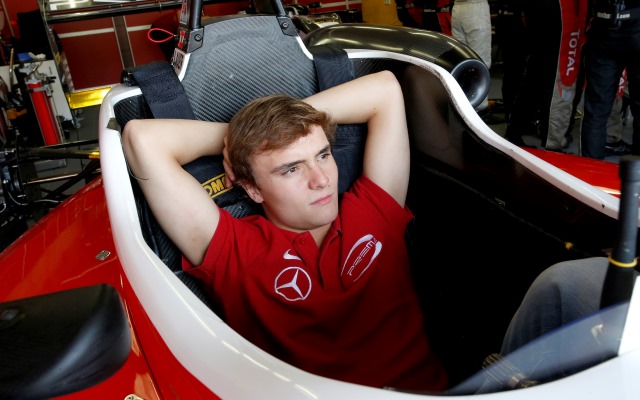 Lucas Auer, Jake Dennis and Anthoine Hubert are amongst a group of European drivers fighting for a place on the FIA Insitute’s Young Driver Excellence Academy.

The selection process for this year’s running of the Academy takes the form of five qualifying events around the world. The first of these is for drivers from Europe and will take place in Austria on 21-24 July.

Each National Sporting Authority (ASN) was asked to nominate a driver from racing or rallying, with the FIA Institute then selecting a shortlist of 25 drivers.

The others are 19-year-old Dennis van de Laar of the Netherlands and 18-year-old Roy Nissany of Israel. They are currently 18th and 20th in the F3 standings respectively.

Representing Switzerland is 23-year-old Yannick Mettler, who had been racing in German F3 this year until his funding ran dry.

Hubert, 16, is currently dominating Formula 4 in his native France. From Sweden is Erik Johansson, a 16-year-old currently contesting the Formula Renault 1.6 Nordic Championship.

The winner of each of the five selection events will get a place on the Academy, with a further three drivers then being selected using a wildcard system to form a total of eight drivers in the Academy.

“I’m excited that so many drivers from around the world will have access to the selection events for this year’s Academy,” said Wurz. “With 25 drivers from across Europe we will have a competitive field to choose from. To succeed they will have to prove themselves physically and mentally, and also in terms of safety and discipline.”

Reid added: “This event will be a mini-Academy in itself. Even those not chosen to go forward will benefit from three days of training, learning and assessment that will benefit them in their careers. We are proud to be able to help these future stars develop their talent both on and off the track and stage, particularly in ensuring that a safety-first approach is spread far and wide amongst motor sport’s future champions.”