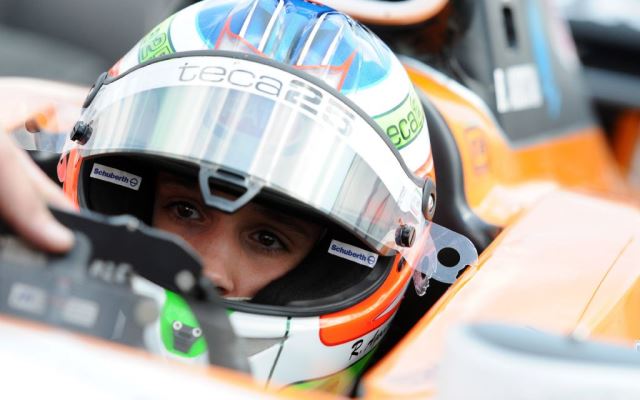 Riccardo Agostini will become the seventh driver to race for Zeta Corse in Formula Renault 3.5 when he joins William Buller in the line-up for this weekend’s sixth round of the season in Spielberg.

Agostini won last year’s Italian F3 title and moved into Auto GP for 2013, but was absent at Mugello last weekend after scoring just one podium in eight races for the Manor MP team.

The 19-year-old Italian tested in FR3.5 for Draco at Aragon late last year, going second quickest behind Kevin Magnussen on the first day.

“Agostini is one of the best prospects in Italian motor racing and we’re proud to work with him this weekend,” explained Zeta’s team manager Claudio Corradini. “I remember that in last November’s Alcaniz test, Riccardo performed great and was the real surprise.?

Buller stays on with the team after making his series debut last time out in Moscow, achieving the squad’s best result to-date with a fifth place in the first race.

Zeta used Mihai Marinescu and Emmanuel Piget at the season opener at Monza, with Matheo Tuscher replacing Piget for Motorland. An entirely new pairing of Carlos Sainz and?Nick Yelloly was introduced for Monaco, before Marinescu returned alongside Sainz for Spa. Buller took Sainz’s place at Moscow, and Marinescu now steps aside again for Agostini.

Preview: Talent gets F1 chance at Silverstone despite rule break