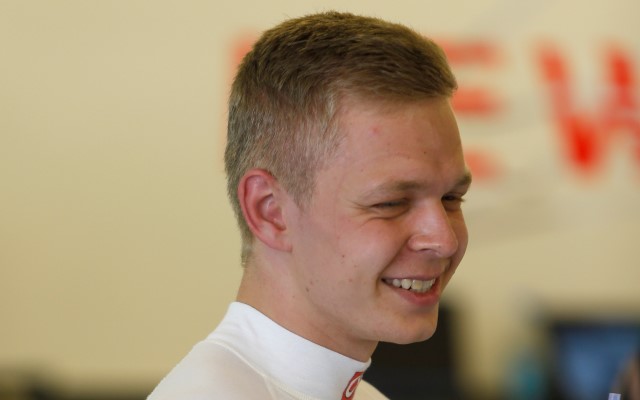 Kevin Magnussen posted the fastest time for McLaren late on the first day of the young driver test at Silverstone.

It was GP2 ace James Calado who went fastest during the morning in his proper F1 test. Driving for Force India, the Briton achieved a time of 1m33.986s, putting him nearly half a second clear at the midway point of the day. He handed over to Force India’s race driver Paul Di Resta for the afternoon and slipped to fourth, two spots behind the Scot, who was focussed on tyre testing as per the regulations.

Magnussen languished ninth of the ten runners during the middle of the day, but brought himself up the order during the afternoon before going quickest in the final 20 minutes, 0.172s faster than Di Resta. McLaren’s regular testers Oliver Turvey and Gary Paffett will now do the two remaining days of the test as Magnussen heads out to the FR3.5 round in Spielberg.

Third was?Antonio Felix da Costa for Red Bull, who were forced into a change of plan that saw the Portuguese driver spend the entire day behind the wheel of the RB9. He had only been scheduled to do the morning on the first day before handing over to Daniel Ricciardo, but the team tweaked their plans so that they only used race drivers for two half-days as per the rules, rather than the three which they had originally announced. Ricciardo will now run on Thursday afternoon instead of Mark Webber, the man he is trying to replace at Red Bull. Felix da Costa will still do Thursday morning and Carlos Sainz do the Friday morning as planned.

Only one tenth behind Calado was Daniel Juncadella for Williams. In his first appearance at an official F1 test, the DTM driver and F3 champion had a quiet start to the day before moving up to fifth. Johnny Cecotto was a further tenth back in sixth for Toro Rosso, just ahead of Sauber’s Robin Frijns.

Nicolas Prost and Davide Rigon were eighth and ninth respectively for Lotus and Ferrari. Alexander Rossi had been fifth quickest at the halfway point for Caterham, but a hydraulics issue late on stopped him improving and left him tenth, two seconds away from Magnussen. Marussia had their GP3 star Tio Ellinas and race driver Max Chilton sharing the car, finishing 11th and 12th.