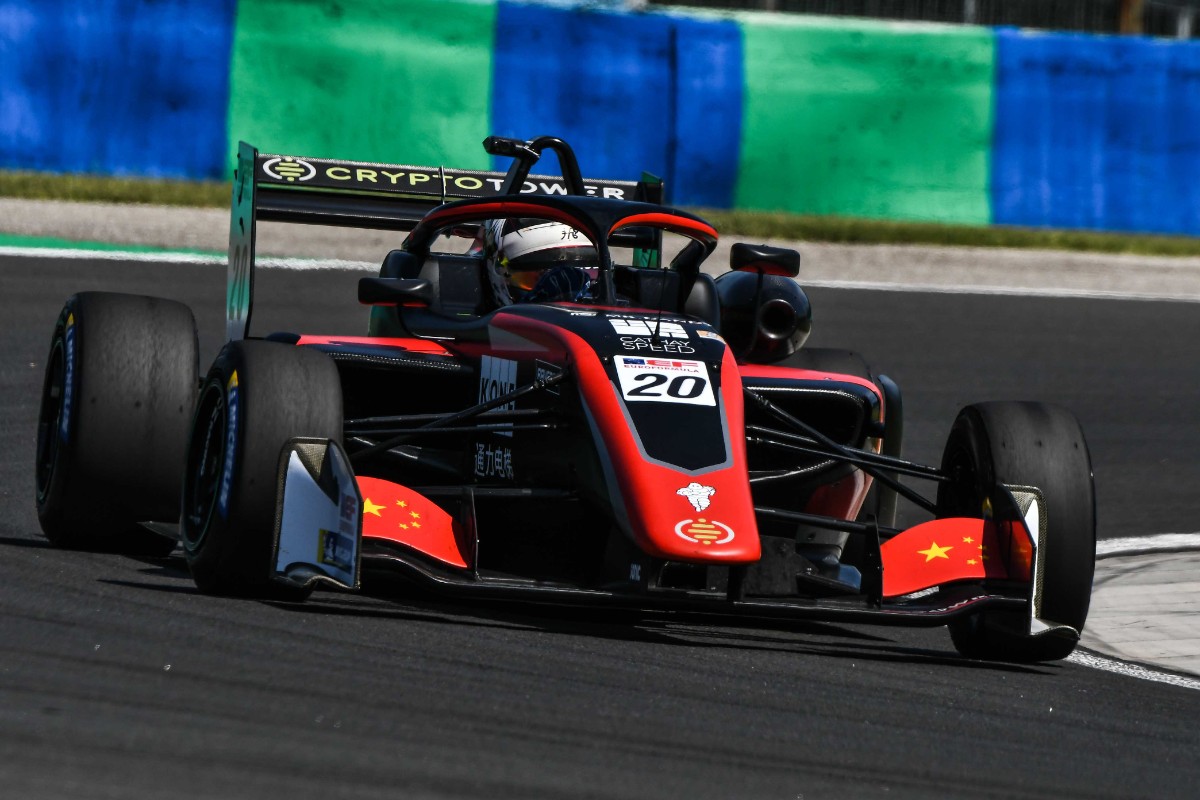 CryptoTower Racing Team’s Yifei Ye took pole for the second Euroformula race of the season at the Hungaroring.

The Chinese driver took the race one pole and victory, and followed that up with an improved pace to take race two pole.

Ye was on top after the first qualifying runs, and after a change of tyres he hung back from traffic before improving twice and breaking into the 1m32s around the circuit in the new Dallara 320.

Zane Maloney was a clear fourth place for Carlin once again, while Motopark’s Niklas Krutten rose to fifth in the final seconds. Most of the drivers set personal bests on the second runs, and the close battle for fifth place was decided in-part by drivers encountering traffic on their flying laps.

Ido Cohen came 0.012s short of Krutten and qualified sixth for Carlin, with Motopark’s Manuel Maldonado a further 0.048s behind in seventh.

Ayrton Simmons didn’t improve on his final effort in the sole Double R Racing car and ended up in eighth. VAR’s Alexandre Bardinon looked competitive again but could only qualify in ninth, and Ye’s team-mate Rui Andrade completed the top 10.

Drivex School duo Shihab Al Habsi and Glenn van Berlo will start race two at the back, with van Berlo over two seconds off the pace.