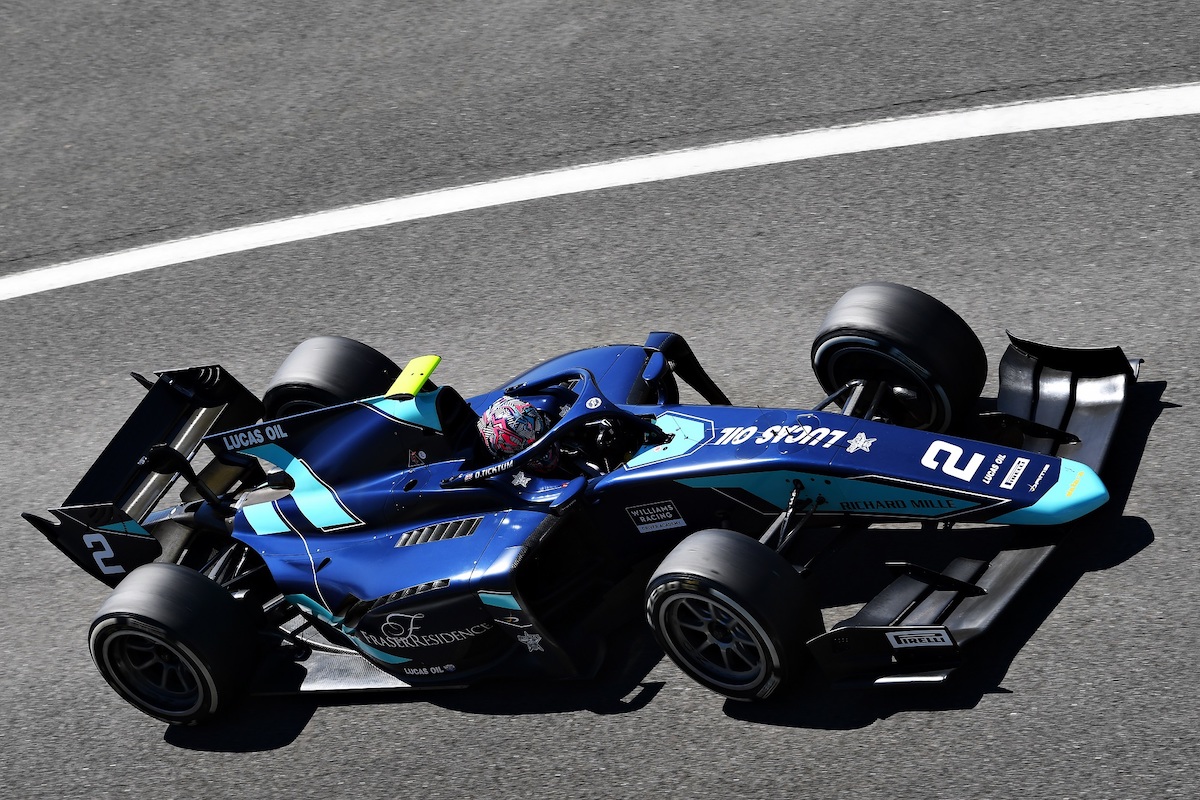 Dan Ticktum has spoken out on social media to clarify his comments over team radio during Formula 2’s second Silverstone feature race.

Williams junior Ticktum started fourth in the race and vaulted up to second in the early stages but dropped back through the field as the race progressed.

After winning last weekend’s sprint race from pole position, he could only finish 15th in the following race – also held at Silverstone.

A number of frustrated radio messages from Ticktum were broadcast during the race, with one in particular drawing the attention to commentators and those on social media after he was overtaken by Louis Deletraz around the outside at Vale.

“The next time that ****** pulls a kamikaze move like that, I’m gonna crash with him. I’ll tell you that. I will never give him that much respect ever again,” he said over team radio.

Speaking on social media, Ticktum said: “Very frustrating race for me today. Unfortunately, the tyre degradation is unpredictable, and we lost out.

“I also want to clarify that one of my radio messages has been taken out of context. I gave the car in question a lot of respect. Had I not done; we could’ve come together. In no way did I mean I wanted to crash with him, not what has been reported.

“Thank you to the team for always standing by me and I look forward to a better race tomorrow.”

Ticktum’s original comments over the radio drew attention in the context of his history. He was banned for two years with one suspended for deliberately overtaking a number of cars and driving into another during an MSA Formula race at Silverstone five years ago.

He was dropped from the Red Bull Junior Team mid-way through 2019 after a difficult start to his Super Formula campaign.

After winning at Silverstone last weekend, he said that he hoped that the drive had proved his critics wrong, alluding in particular to Red Bull’s junior programme chief Helmut Marko.