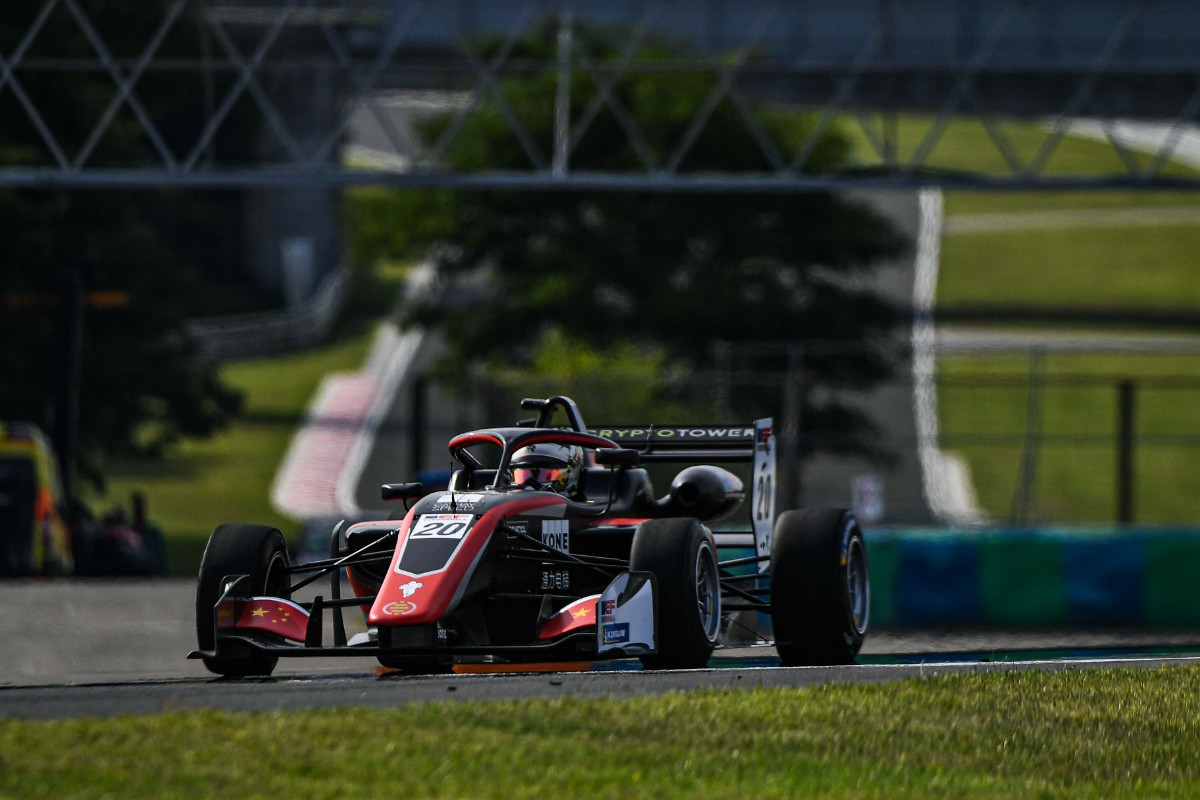 CryptoTower Racing Team’s Yifei Ye took the first pole of the Euroformula season at the Hungaroring, setting a new track record in the debuting Dallara 320 car.

The Chinese driver was notably loose through Turn 2 on most his flying laps, but was one of the cleanest drivers through the rest of the corners and ended up going fastest by 0.118 seconds.

Andreas Estner, who like Ye raced in FIA Formula 3 Championship last year, put in a late flying lap to claim second place and shuffle his Van Amersfoort Racing team-mate and brother Sebastian down a spot.

After topping the first qualifying runs, Carlin’s Zane Maloney fell to fourth when he made a mistake coming out of the final corner on one of his later laps.

He was 0.375s off the pace, with his team-mate Ido Cohen jumping up to fifth place at the very end of qualifying a further four tenths behind.

Motopark’s Manuel Maldonado pipped the sole Double R Racing car of Ayrton Simmons to sixth place, and were the last two cars within a second of Ye.